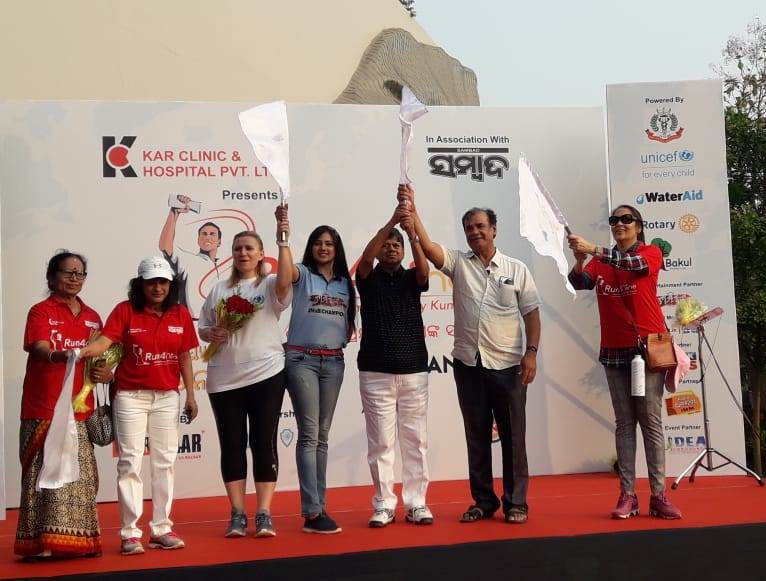 The objective behind the programme organised by leading vernacular daily ‘Sambad’ in association with Kar Clinic was to spread awareness on hygiene during monthly menstruation.

“The women have top place in God’s creation. We can never come to this world if a woman does not approve to hold us in her womb. Therefore, it is not only everyone’s duty to empower the women, but also a challenge for us,” said Sambad Editor and Rajya Sabha MP Soumya Ranjan Patnaik after flagging off the event.

Attending the programme, Tourism and Culture Minister Ashok Chandra Panda said, “The International Women’s Day is celebrated to make women participate in the social process and bring them to the front.”

Lauding Chief Minister Naveen Patnaik’s efforts towards women empowerment, Panda said, “Late CM Biju Babu had kept 33% reservation for women and later Naveen Patnaik extended it to 50%. His proposal to provide 1/3rd reservation both in assembly and parliament should be taken forward on the International Women’s Day.”

“It’s a great pleasure to be here today to celebrate the Women’s Day Walkathon. It is a day globally when we celebrate worth, social economic cultural and political achievements of women. It is also a mark of great achievement and accelerating gender priority,” said Monika O. Nielsen, Chief Field Office, UNICEF, Odisha.

The walkathon began in the morning from Esplanade One to Bomikhal and concluded at the shopping mall. Over a hundred people had participated in the event.