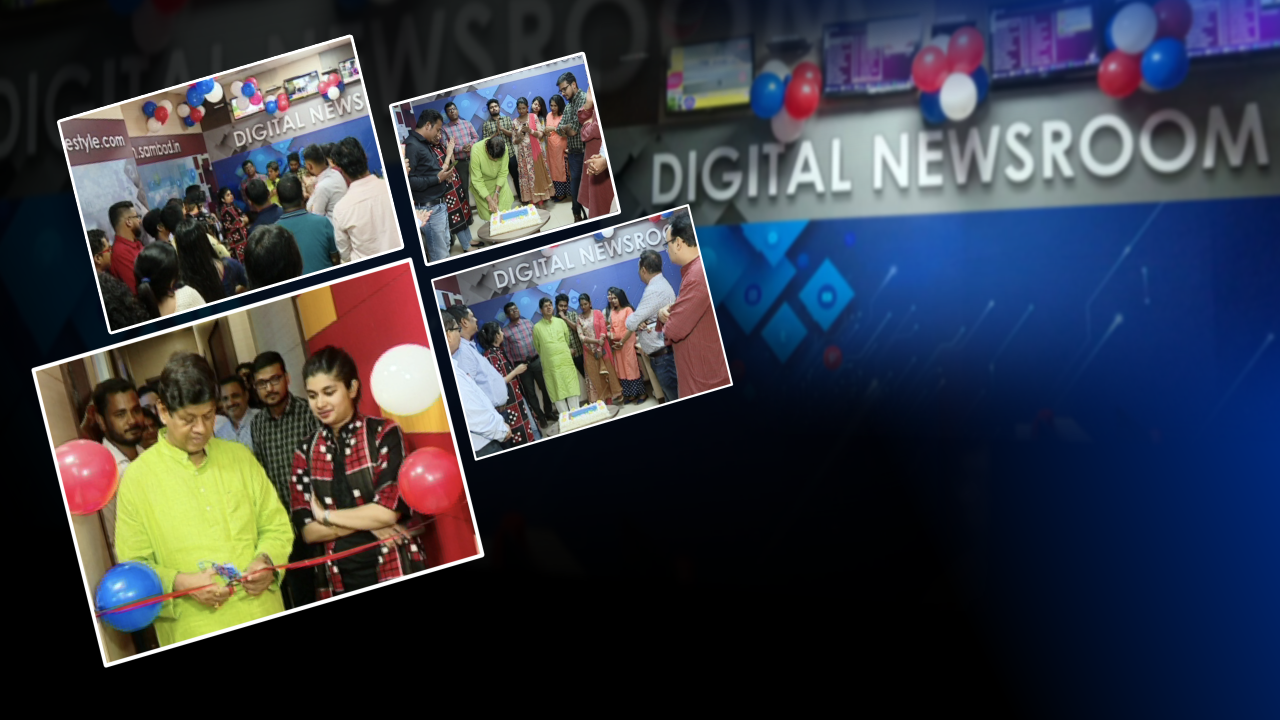 The Sambad Group Chairman and Khandapada MLA Soumya Ranjan Patnaik inaugurated the newsroom in the forenoon.

The digital wings of the largest media conglomerate have been disseminating fast and accurate news through its verticals, acquiring a sizable readership/viewership base. To take leverage of its verticals, the online portals have come together to operate as a cohesive unit from the Digital Newsroom.

Sambad.in, kanaknews.com, odishasuntimes.com and kanaklifestyle.com have left innumerable footprints in the digital space for fast, credible and authentic news presentation.

“Almost 35 years ago, Sambad had brought a revolution in the print industry with introduction of latest technology and innovative strategy. While Sambad has continued its domination in the industry, it has made its presence felt in the digital media too. I call upon all of you to take the digital wing to newer heights,” Patnaik said in his address.

He further advised: “Digital space is replete with fake news. Stay away from publishing fake/incorrect news. As responsible journalists, you should bust the fake news circulating on various platforms.”

“The need of the hour is to work as a collective unit. We have a huge digital team which was operating in fragments. Bringing the teams under one roof provides the scope for maximum utilization of resources, thus giving us a competitive advantage,” Tanaya Patnaik said.