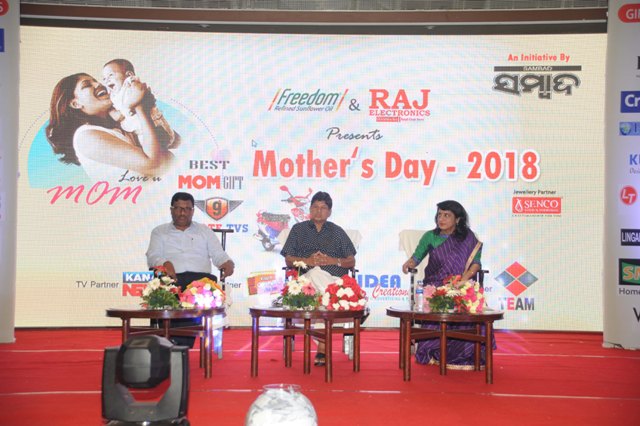 The second prize went to Sonali Mohapatra, who received a wrist watch from Lingaraj Watch and Communication, in the competition. Sumitra Pradhan emerged as the third winner in the event. She was presented a gift hamper from Archies.

Besides, Prabhakar Acharya, an engineer by profession and resident of Niladri Vihar area, was the winner in lucky draw competition held among 28 participants. He won a TVS Scooty Pep.

Speaking about significance of mother and her role in one’s life during the programme organised by ‘Sambad’ and sponsored by ‘Freedom Refined Sunflower Oil’ and ‘Raj Electronics’, Rajya Sabha MP Soumya Ranjan Patnaik, who is the Editor of the newspaper, said that there is no substitute to mother.

“Nobody has come to this world without mother. She is the only medium to take birth on Earth,” he said.

He urged everyone to love mother language on occasion of Mother’s Day to make mother happy.

“Design is the essence of jewellery,” says…