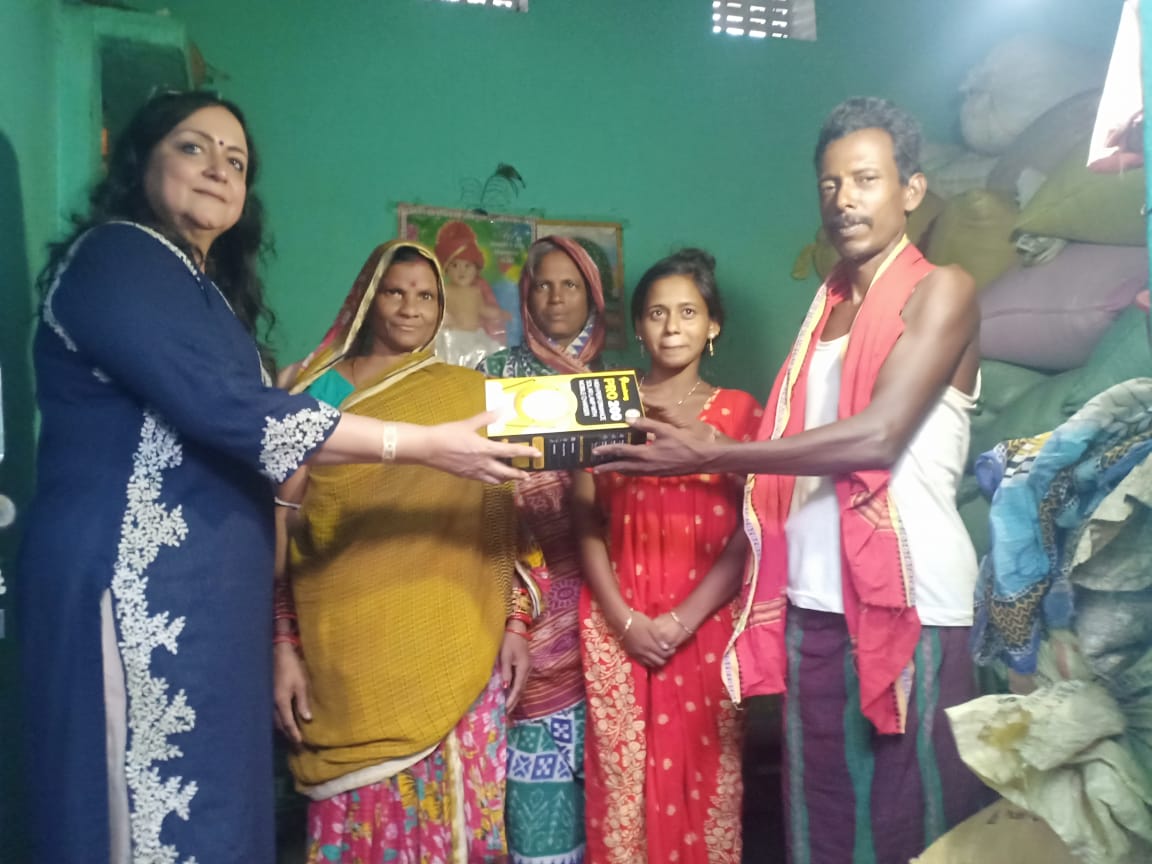 Puri: While over two months have elapsed in the aftermath of the devastating cyclonic storm Fani, people in the worst-affected districts in Odisha are still living in dark.

On the first day on Monday, as many as 345 families living in Baanbarada village under Sukala panchayat in Satyabadi block of the district received the solar lanterns from Nachiket Kharat, Operational Manager and Pratibha Pai, Founder Director of Project Chirag.

The relief distribution work continued for the second day on Tuesday too.

“Though we live in Mumbai, we are always connected with Odisha. The extensive damage caused by Fani has pained us. This has forced us to come down to Odisha to stand beside the victims in this tough time. I feel happy to have provided solar lanterns to the affected people. I extend my gratitude to Sambad Group’s Managing Director Monica Nayyar Patnaik for extending support for the cause,” Pratibha Pai said.

The Foundation through its Project has provided electricity to unelectrified areas since 2010. The organization is working in seven states where 442 villages have been supplied electricity produced from renewable source.

The employees of Sambad Group extended ground support in the philanthropic activity.

Odisha bride calls off wedding after fight over mutton curry