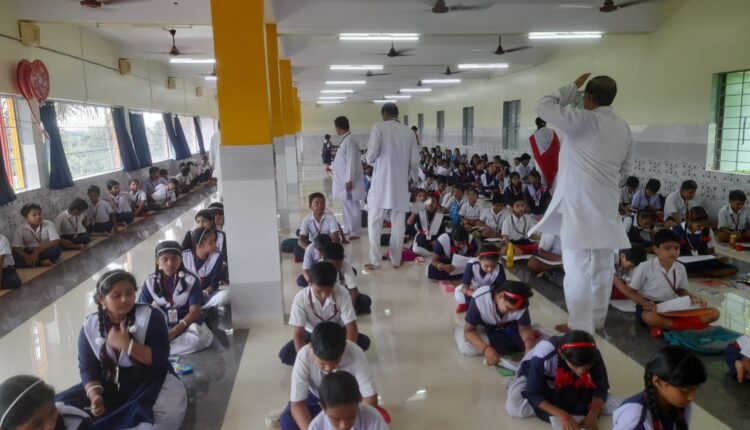 Despite low pressure-induced heavy rainfall, a record number of students participated in the annual competition at various centres under 314 blocks in all 30 districts of Odisha.

More than 2 lakh students took part in the state-level competition held in different categories — Drawing, Handwriting, Essay- Bhasha Gyan (mastery over Odia language) — at over 650 centres across the state this year.

A total of 1,82,104 students participated at various competitions and around 70,000 students attended the essay competition on ‘Odisha of My Dreams’ envisioned by Governor Prof. Ganeshi Lal to celebrate ‘Azadi Ka Amrit Mahotsav’. Of total participants, 56,719 students had participated in drawing competition, 74,973 in handwriting and 50,412 in Bhasha Gyan competition.

The competition in 3 categories started at 10 am onwards and answersheets were evaluated by juries after completion of examination. The successful candidates securing top 3 positions in each competition were rewarded at the respective examination centres.

The answersheets of candidates ranked first, second and third in each competition will be re-evaluated for the state-level competition. The names of the successful candidates will be announced during Foundation Day celebration scheduled in October.

This year, the state-level Sambad-Ama Odisha competition was held in offline mode after a two-year hiatus due to Covid-19.

Sambad Group and Ama Odisha Chairman Soumya Ranjan Patnaik expressed his gratitude to all participants, parents and school authorities for participating in huge number with great courage in the state-level annual competition.