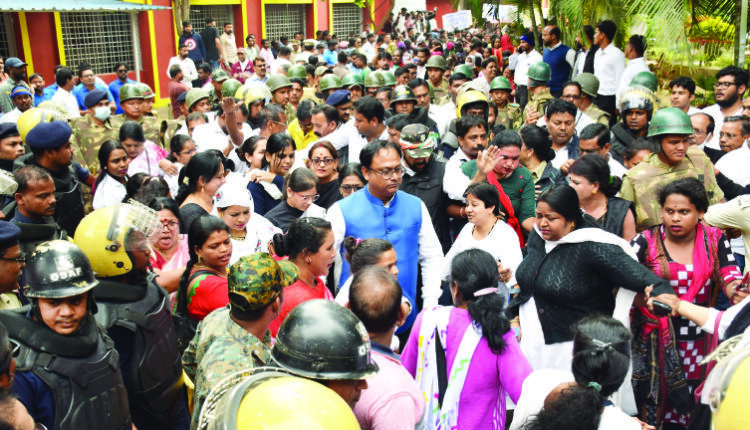 Sambalpur: Police last night arrested as many as 12 lawyers of the Sambalpur Bar Association over their alleged involvement in vandalism on the premises of the District Court here yesterday.

Today, two more lawyers were picked up by the police from the Kacheri Chhak here and arrested.

The accused lawyers had allegedly resorted to vandalism inside the chamber of a district judge. The agitating lawyers were staging protest demanding establishment of a permanent bench of the Orissa High Court in Sambalpur.

Nine of the arrested lawyers were forwarded to the court and later remanded to judicial custody after rejection of their bail pleas.

The number of arrests is likely to increase as police were examining CCTV footage of the court premises to identify others involved in the offence.

As many as three cases have been registered at the Sambalpur Town police station in connection with the incident.

On the other hand, prohibitory order under Section 144 of CrPC has been clamped at the Kacheri Chhak, where the lawyers had staged protest, to avoid any further untoward incident.

Action will be taken against anyone entering the prohibited area, police said.

The Bar Council of India has already suspended the ‘license of practice’ of 29 agitating lawyers for a period of 18 months. It has also suspended all members of district bar association till further orders.

The advocates were allegedly indulged in using unparliamentary words for Judges, pushing and pulling the police officials and obstructing the court proceedings.