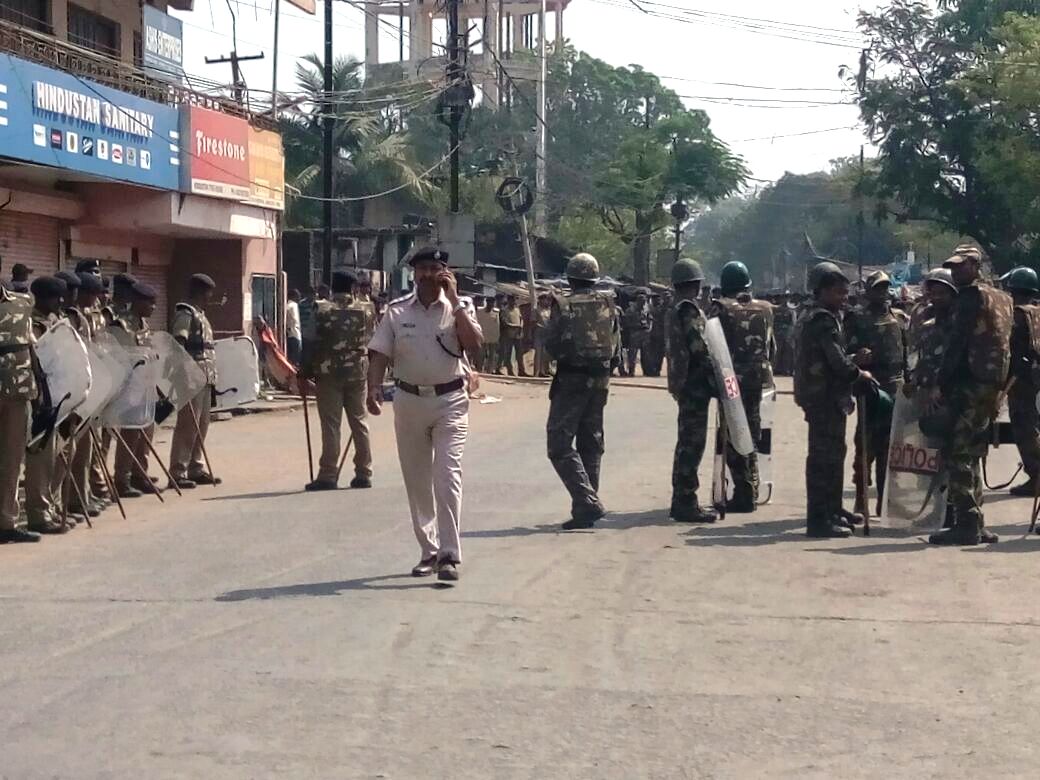 Sambalpur: As many as five more accused have been arrested in connection with the sensational double murder in Odisha’s Sambalpur town, police sources said.

The arrested have been identified as Jimmy Mukhi, Rabi Kansari, Krishna Suna, Vikash Kansari and Deb Mukhi. With this, the number of arrests in the case mounted to seven as prime accused Pandav Mukhi and his aide Sambhu Mukhi were arrested yesterday over their alleged involvement in the crime.

Raids are being conducted by police at various places to nab others involved in the murders and the number of arrests is likely to go up, sources added.

While Pandav Mukhi of the village and his associates were involved in extortion in the locality, it was being opposed by another group. Yesterday morning, supporters of Pandav Mukhi hacked one Sujit Nag (25) with knife as he was opposing the extortion. Sujit was admitted to the Sambalpur District Headquarters Hospital here in a critical condition, where he was declared brought dead.

Tension erupted at the village after the death of Sujit as his supporters set Pandav Mukhi’s house on fire. They also killed Pandav’s elder brother Shankar Mukhi (43) by thrashing him on village road.