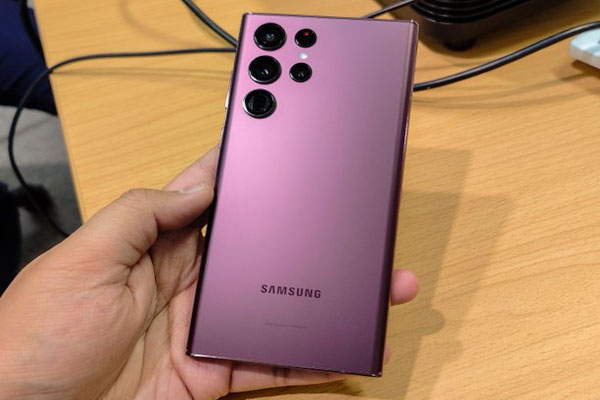 New Delhi: Samsung is set to start the New Year with launching an affordable Galaxy F04 for around Rs 8,000 in India, industry sources said on Wednesday.

The company, set to launch a series of new smartphones in early 2023, will focus on the ‘F’ series that has been popular among young users looking for devices with stylish design, long-lasting battery and powerful features at an affordable price point, sources told IANS.

The 4G Galaxy F04 is likely to come with a large 6.5-inch screen and dual rear camera set-up.

With Galaxy F04, consumers are likely to get up to 8GB virtual RAM with Samsung’s innovative RAM Plus feature to ensure smooth performance, according to sources.

The Samsung Galaxy F series is a line of midrange smartphones manufactured by Samsung Electronics as part of its Galaxy line.

The first model released in the series was the Samsung Galaxy F41, which was launched on October 8, 2020.

Meanwhile, Samsung India sold more than 1.2 million Galaxy devices in India worth over Rs 1,000 crore (by value) on day 1 of the online festive sales in September this year.

The Galaxy series of smartphones were among the most sought-after devices on both major e-tailers Amazon and Flipkart.

Galaxy F13 was among the top sellers in the 4G segment, while Galaxy F23 was the go-to 5G smartphone on Flipkart.

SEBI’s issues list of ‘most wanted defaulters’ – all untraceable!