Sandalwood worth over Rs 15 lakh recovered in Odisha’s Gajapati 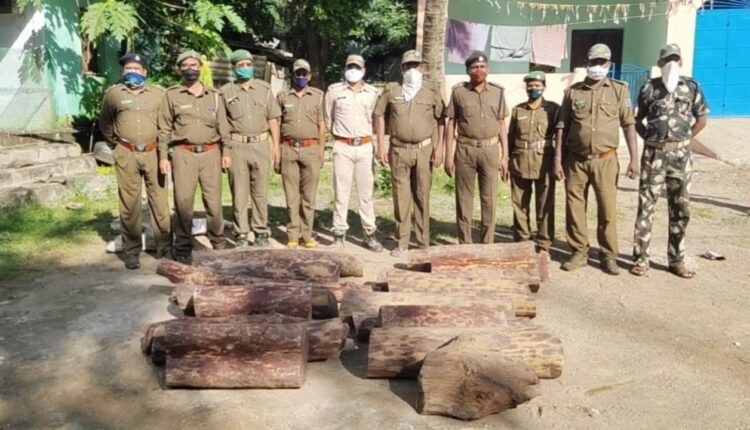 Paralakhemundi: A huge amount of sandalwood worth over Rs 15 lakh has been recovered during a joint raid by police and forest officials from an abandoned house near Bhimpur under Garabandh police limits in Gajapati district.

Though, no person has been arrested in this connection, police suspected involvement of intra-state mafia in sandalwood smuggling in the district.

According to reports, a special team of police and forest officials had prepared a blueprint for raid at the area acting on a tip-off about smuggling of sandalwood a month ago.

During the raid, the officials recovered 18 pieces of red sandalwood that weighs around 6.60 quintal and is valued over Rs 15 lakh.

However, no arrest has been made even after five days of the incident. The police remain on the hunt for the accused persons who are still at large.