Sanjay Raut gets bail after 101 days in jail 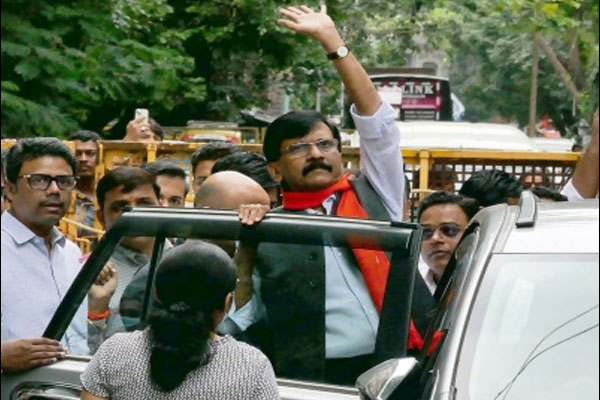 Mumbai: After spending nearly 101 days in jail, a Mumbai Special Court granted bail to Shiv Sena (UT) MP Sanjay Raut, who was arrested by the Enforcement Directorate on August 1, here on Wednesday.

The ED had raided Raut on July 31 and arrested him the following day (August 1) in connection with an alleged money laundering scam arising out of the Patra Chawl redevelopment case of Goregaon.

A Special PMLA Court granted bail to the firebrand leader though there was speculation that the ED may challenge the ruling in a higher court.