Circumstances forced him not just to quit studies but also quit the hope of pursuing hockey as a profession  as there was no effort from either the State government or the district to offer him any kind of support to sustain himself nor any encouragement to pursue the sport. 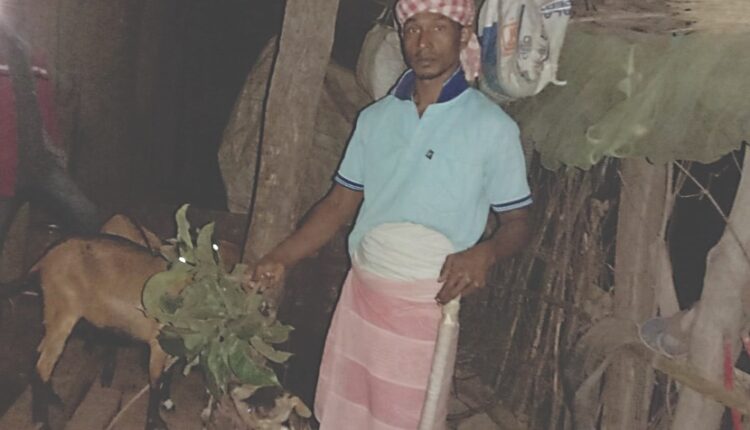 Rourkela: The irony could not have been starker. Rourkela in Odisha’s Sundargarh district may have earned the name of being the cradle of Indian hockey by churning out some of the best sportsmen but today, lack of encouragement from the State and district administration has forced a state and national level hockey player from the region to graze goats for a livelihood instead of pursuing the sport.

Anandpal Toppo, who hails from Dhamanadhara village under Kaleiposa panchayat of the district’s Lahunipada block, once dreamt of making a mark in the sports domain as a national level hockey player. But while opportunities came his way, they were eventually nipped in the bud owing to the district and state administration’s lack of support and financial hardships compelling him to quit and look for other means of livelihood.

Once wielding a hockey stick in his hand, Toppo now uses a bamboo stick to graze goats and cattle for a living. His morning routine which included practising hockey in a nearby field, now includes cattle grazing in the same area.

Sources said Toppo started evincing interest in hockey when he was studying in Class 6 in the village school. He started playing with his school mates and making a mark with his prowess in the sport. When he was in Class 10, he played in a match sponsored by the Rourkela Steel Plant (RSP) and earned everyone’s attention with his agility. Toppo went on to play for SAIL and then ONGC at the state and national level. He also played in inter-State matches between Odisha and Jharkhand.

But even if he was taking great strides, no help or financial assistance from the district administration came his way. In 2014, when Toppo was pursuing Class 12 in Bonai college, his father passed away and elder brother estranged leaving him to fend for his mother and take over the responsibility of sustaining the family. Circumstances forced him not just to quit studies but also quit the hope of pursuing hockey as a profession  as there was no effort from either the State government or the district to offer him any kind of support to sustain himself nor any encouragement to pursue the sport.

Left with no option, Toppo took to cattle grazing for a means of livelihood for his family. Today, he grazes goats for survival. Even basic facilities like housing under Pradhan Mantri Awas Yojana (PMAY) elude him despite his impoverished background. But he still hopes to someday wield a hockey stick again. “The resurgence of hockey todayhas ignited my hope of playing the sport once again at national level. My plight may have escaped the attention of the State and district administrations but I hope they offer me some kind of support so that my hopes get a new lease of life,” he hopes.