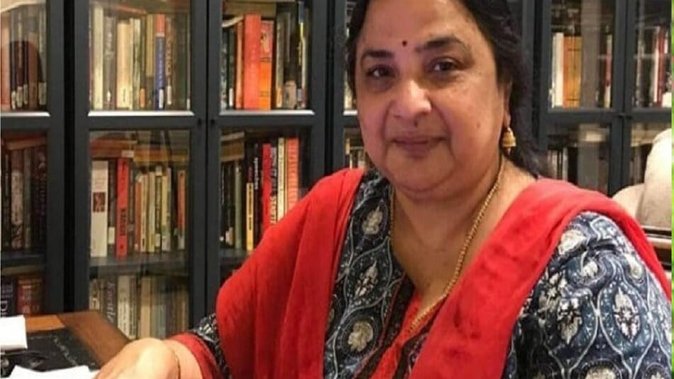 Handing over the charge to Pandit, the outgoing VC and Chairman of the University Grants Commission (UGC), Professor M Jagadesh Kumar, said: “I am happy to inform that Professor Santishree Dhulipudi Pandit, from the Department of Politics and Public Administration at Savitribai Phule Pune University, has been appointed as the next Vice-Chancellor of JNU. She is the first female vice-chancellor of the university. I wish her success in her new role.”

Pandit, who was born in Russia’s St. Petersburg, is fluent in English, Tamil, Telugu, Marathi, Hindi, Sanskrit, Kannada, Malayalam and Konkani. She did her schooling from Chennai and topped the state. She also did her B.A. in History and Social Psychology in 1983 from Presidency College in Chennai and did a diploma in Social Work from California State University. Pandit is also a gold medalist.

She is the second female Vice-Chancellor of a central university in Delhi selected by the Education Ministry after Professor Najma Akhtar of Jamia Millia Islamia.

On February 4, the Ministry appointed Professor M Jagadesh Kumar as the UGC chairman for the next five years.

Talking about his appointment, Jagadesh Kumar told IANS: “As the chairman of the UGC, it is a wonderful opportunity for me to work for the young minds of our country studying in the institutions of higher education.