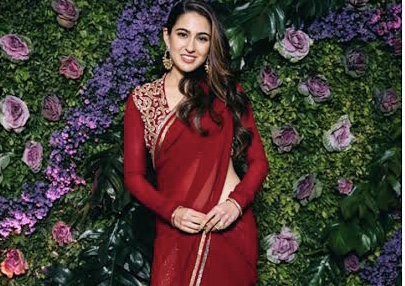 Bhubaneswar/ Mumbai: Bollywood debutant Sara Ali Khan, who made waves by making an entry into the movie world with two back-to-back hits last year, is trained in an art form of Odisha.

The Pataudi princess is a trained Odissi dancer who revealed in multiple media interviews that she could pull off Bollywood numbers effortlessly in popular songs like ‘Aankh Maare’ and ‘Mera Wala Dance’, thanks to her Odissi training.

Furthermore she also revealed that she learnt Odissi as a child and continued practising after college, as well. She used to practice this Odisha classical dance form between shoots even while filming Kedarnath and Simmba.

The Kedarnath actor is under the tutelage of Guru Shubhada Varadkar, a student of Odissi legend Guru Kelucharan Mohapatra of Odisha. Sara took to social media to pay tribute to her Odissi teacher on the occasion of Guru Purnima yesterday.

गुरु पूर्णिमा की हार्दिक शुभकामनाएं ???? Thank you Shubhada Ji for trying to inculcate routine, discipline, dedication and love for our art form in me. Thank you for constantly inspiring me, sharing with me, and showing me that positivity with practice is what leads to growth. Thank you for being you ?

Sara also mentioned that she is close to her dance teacher, who also survived cancer and is an inspiration to many.