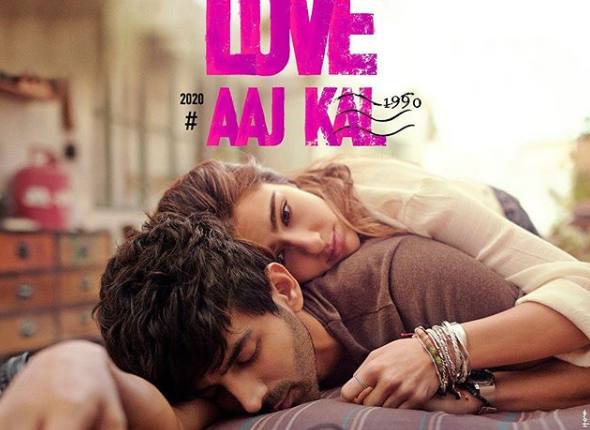 Bhubaneswar: First poster of the much-awaited movie ‘Love Aaj KaI’ starring Sara Ali Khan and Karthik Aryan is out.  The actors took to Instagram today to share the the poster of the upcoming film.

Introducing themselves as Veer and Zoe, the poster looks absolutely a charmer. In the poster, Sara lies on Kartik’s back and  what appears is that they are completely soaked in love with each other with holding hands of each other.

Sharing the picture, Sara wrote: ”Meet Veer and Zoe Come get wound up in our whirlwind wonderland #LoveAajKal Trailer out tomorrow!!”

The Imtiaz Ali film is a sequel to Saif Ali Khan and Deepika Padukone’s movie Love Aaj Kal that was released in 2009. The film has already created a lot of buzz ever since Sara confessed on Koffee with Karan that she has a crush on Kartik and the dating rumours within the duo. Sara and Kartik pair became everyone’s favourite and fans named them as SarTik. While the trailer will release tomorrow, the film is set to hit theaters on Valentine’s Day.