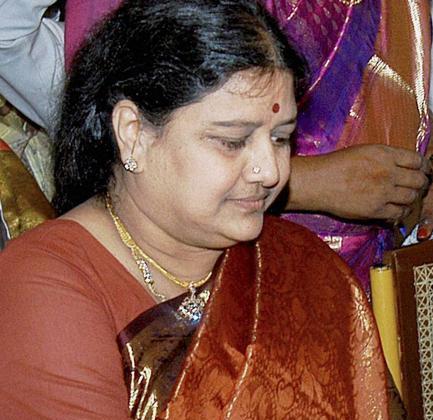 AIADMK General Secretary V.K. Sasikala, held guilty for corruption, on Wednesday surrendered before a trial court at a prison here.

Sasikala gave herself up at the Central Jail on the city’s southern outskirts with her relatives Elavarasi and V.N. Sudhakaran after reaching from Chennai by road, officials said.

The surrender came a day after the Supreme Court upheld her conviction in a case of holding assets disproportionate to known sources of income.

Also held guilty were her two relatives and the late Jayalalithaa. (IANS)