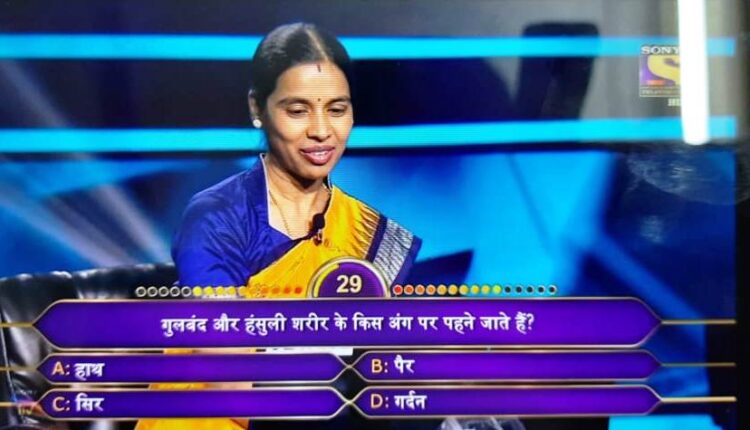 She appeared in the show aired on Sony Entertainment Television on Thursday and Friday.

Sasmita, a faculty of Education Department at Ramadevi, grabbed the ‘hot seat’ and faced the megastar after winning the ‘Fastest Finger First’ round during the end part of the show on Thursday. On Friday, she successfully cleared two levels by answering total 10 questions. She did not proceed to the last round and chose to quit the game with Rs 3.20 lakh cash reward as she ran out of lifelines.

Daughter of Batakrushna Sadangi of Niali in Cuttack district, Sasmita is the wife of senior journalist Sukanta Kar in Sambalpur.