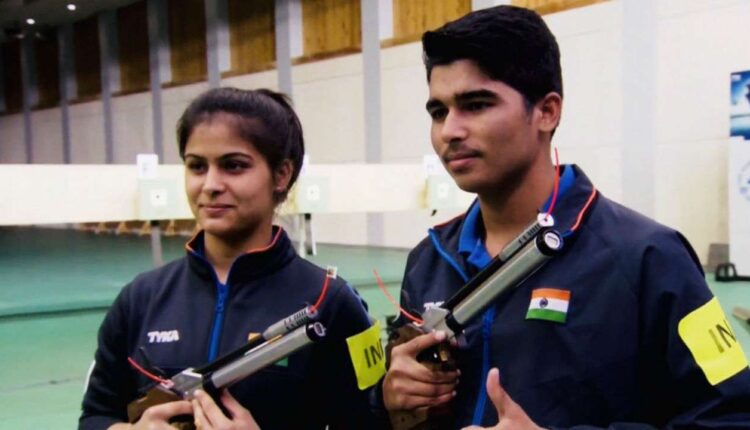 Tokyo: There was more heartbreak for Indian shooters as the team of Saurabh Chaudhary and Manu Bhaker — favourites to win a medal — failed to qualify for the 10m air pistol mixed team medal matches at the Tokyo Olympics, finishing seventh in Qualification Stage 2 at the Asaka Shooting Range on Tuesday.

The other Indian pair of Abhishek Verma and Yashaswini Singh Deswal in the event bowed out with a 17th place finish in Qualification Stage 1 on Tuesday.

India’s string of poor performances at the shooting range has seen them go without a medal in six events they have competed in so far.

Chaudhary and Manu, who were strong favourites after winning all four mixed team gold medals in the four World Cups in 2019, suffered due to a poor start in the eight-team field and finished with a total score of 380 (Chaudhary 194/200 and Manu 186/200). They needed to be in the top four to qualify for any of the two medal matches.

While Chaudhary shot a solid 96/100 in series 1 of the Qualification Stage 2, Manu was off-colour shooting 92, which saw the Indian pair sink to the bottom of the eight-team field.

The duo did marginally better in series 2 scoring 192 — Chaudhary 98 and Manu 94 — but it wasn’t enough to lead them into the top-four.

Earlier in the Qualification Stage 1, Chaudhary and Manu had given indication that they were gunning for the top prize when they topped the 20-team field with a total score of 582/600 (Manu 286/300 and Chaudhary 296/300).

Chaudhary and Manu started the Qualification Stage 1 in sensational fashion, combining to score 195/200 (Chaudhary 98/100 and Manu 97/100) in the first series to move to the top right away.

In the second series, the duo consolidated their position with Chaudhary shooting a perfect 100 with his 10 shots while Manu turned up with a 94. They came up with imposing numbers in the third series as well, combining for 193 (Chaudhary 98 and Manu 95) to move into Qualification Stage 2.

In Qualification Stage 2, the eight pairs shoot two series of 10 shots by each team member (20 shots, 200 points maximum per team member) following which the top four teams go into the medal rounds, where the top-two fight for gold and the third and fourth-placed teams compete for bronze.