INDIAINDIA & BEYOND
By Sambad English Bureau On Oct 22, 2019 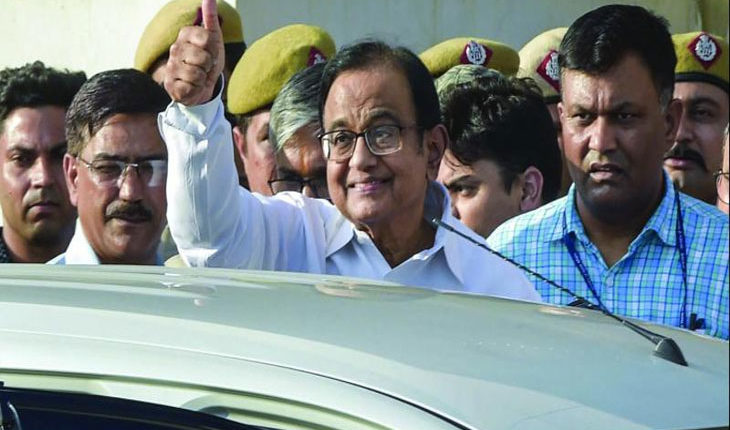 New Delhi: The Supreme Court on Tuesday granted bail to former Finance minister P. Chidambaram in the INX Media corruption case being probed by the Central Bureau of Investigation (CBI).

However, he will remain in Enforcement Directorate custody as he is still under arrest in the INX Media money laundering case.

The order was delivered by a bench of Justices R. Banumathi, A.S. Bopanna and Hrishikesh Roy, which directed him not to leave the country without permission.

The court also directed Chidambaram to furnish a personal bond of Rs 1 lakh and two sureties of like amount each.

On October 18, the court had reserved its order on the former minister’s plea.

The CBI had opposed Chidambaram’s bail plea, saying that he had tried to “pressurize and influence” key witnesses in the INX Media case.

Chidambaram was arrested on August 21 and is currently lodged in Tihar Jail in judicial custody.

The CBI has on Friday charge-sheeted him with the other accused in the INX Media corruption case.

Odisha woman IPS officer requests for change of cadre to…