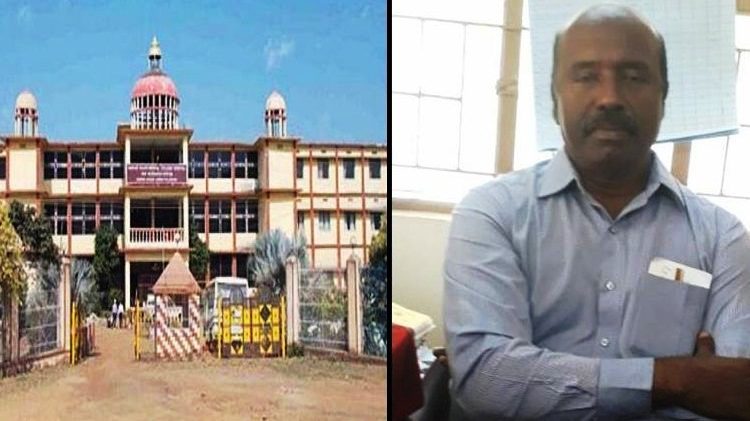 New Delhi: Supreme Court has granted interim bail to A. Johnsel Raja, managing trustee of Selvam Educational and Charitable Trust which was running the Sardar Rajas Medical College and Hospital in Odisha’s Kalahandi.

The writ petition was listed in the apex court yesterday which granted bail to Raja on health grounds.

“Having regard to the condition of the petitioner, we consider it appropriate to release the petitioner in interim bail to enable him to be treated by a hospital of his choice in Chennai,” a division bench comprising of Justice SA Bobde and Justice L Nageswara Rao said.

The court directed the petitioner to furnish Rs 5 lakh with two sureties in the like amount to the satisfaction of the trial court.

Economic Offences Wing (EOW) of Odisha Crime Branch on July 26 had arrested A. Johnsel Raja from Nagercoil in Tamil Nadu on charges of criminal breach of trust and cheating. He was brought to Odisha by the agency in transit remand and taken for production before the JMFC, Junagarh, Kalahandi.

Worth mentioning, the Selvam Educational and Charitable Trust had signed an MoU with Western Odisha Development Council (WODC) to establish a medical college at Jaring in Kalahandi.

As per the MoU, WODC had provided Rs 10 Crores and 25 acres of government land to the Trust. Even after getting all the benefits from government, the Trust managed by Raja failed to complete infrastructural development for smooth running of the hospital and medical college.

He obtained permission from MCI for admission in MBBS course for two academic years i.e. 2013-14 & 2014-15 by showing manufactured/false documents claiming to have all the facilities required by MCI for granting permission keeping the authorities in dark in violation of terms and conditions of MoU.

The aforementioned tactics adopted by accused Raja and others of the Trust were detected by MCI and further permission was not granted for admission in 3rd Academic year i.e 2015-16.

The accused although had got previous knowledge that MCI would not permit the college for admissions in the Academic year 2015-16, still collected huge amount from a number of students as capitation fee in violation of terms and conditions of MCI.

In addition to that, he also collected a big amount from 124 students as caution money. In the mid-session, he closed the college and misappropriated the total money collected.

The Odisha Government had in 2015 lodged an FIR against him at Junagarh police station in Kalahandi district. The WODC lodged the complaint accusing him of violating the memorandum of understating (MoU) he signed with WODC, fraudulent documentation and playing with the future of hundreds of medical students.

Now get Board, university certificates online in Odisha