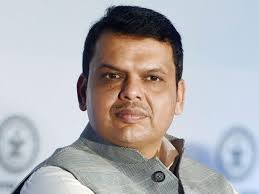 New Delhi: The Supreme Court on Tuesday told former Maharashtra Chief Minister Devendra Fadnavis to face trial for allegedly failing to furnish details of pending criminal cases in his 2014 poll affidavit, as the judgement on his election matter could have wider ramifications on the candidates in the electoral fray.

Fadnavis insisted to review the verdict in this matter.

A bench headed by Justice Arun Mishra and comprising Justices Deepak Gupta and Aniruddha Bose, after arguments on the matter reserved its verdict on its 2019 judgement asking Fadnavis to face trial. Senior advocate Mukul Rohatgi, appearing for Fadnavis, contended before the top court this matter has the potential for far reaching consequences on other candidates in the poll fray and the apex court needs to re-examine its October 1, 2019 decision.

Rohtagi submitted as per Section 33 A (1) of the Representation of the Peoples Act, 1951, there was no requirement to furnish information on criminal case unless charges have been framed by a trial court. He added mere cognisance by the court could not become a reason to reveal the criminal case. Rohatgi urged for a stay on the judgement, but the top court did not agree.

The court observed that it will keep the question raised by senior counsel open. “We are not sealing your fate”, said the court citing it will decide this question at the final stage.

Rohatgi also submitted that a candidate can be criminally prosecuted for violating two conditions — where a candidate has been convicted and not disclosing cases where charges have been framed.

On October 1, 2019, in a major setback to Fadnavis, the Supreme Court set aside a Bombay High Court order that prevented the trial court from examining a poll-related complaint against him. A bench headed by then Chief Justice Ranjan Gogoi and comprising Justices Deepak Gupta and Aniruddha Bose set aside a clean chit by the High Court to Fadnavis, which held that he should not be tried for the alleged offences under the Representation of Peoples (RP) Act.

“In the light of the view that we have taken and in view of the clear averment made in the complaint to the effect that the First Respondent (Fadnavis) had knowledge of the two cases against him which was not mentioned in the affidavit filed by him along with his nomination papers,” said the court in its judgement.

The magistrate dismissed the complaint. In revision, the sessions judge, Nagpur remanded the matter to the trial court for consideration. Aggrieved, Fadnavis moved the High Court which set aside the order of the sessions judge by its judgment of May 3, 2018.

The apex court has set aside concurrent clean chit by trial court and Bombay High Court to Fadnavis on filing false election affidavit allegedly not disclosing two criminal cases pending against him. “We unhesitatingly arrive at the conclusion that the order of the trial court upheld by the High Court by the judgement and order dated May 3, 2018 is legally not tenable and the same deserves to be set aside which we hereby do. The complaint of the appellant (Satish Ukey) will be considered afresh by the trial court from the stage where it was interdicted by the order dated May 30, 2016,” observed the court.

Making observation on non-disclosure of information, the apex court said that such information should be furnished in Form 26, which includes information concerning cases in which a competent court has taken cognisance.

According to the provisions, if a candidate fails to furnish or gives false information or conceals information in his nomination papers especially pending criminal cases then the person may face a six-month jail term or fine or both.

I’m carrying a film on my shoulders the first time: Bhumi on ‘Durgavati’