Scale of AAP victory too much for friend and foe 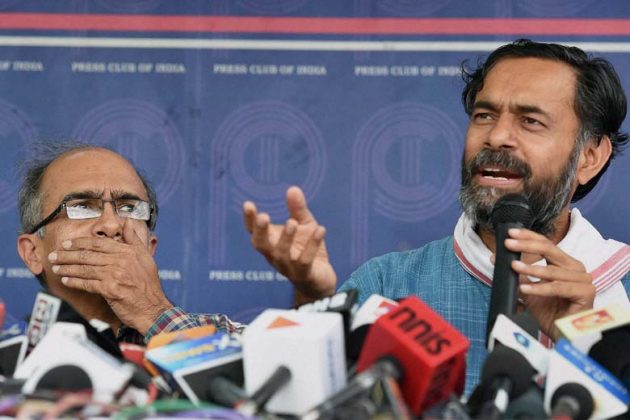 The stunning victory of the Aam Aadmi Party (AAP) on February 10 in Delhi coincided with the global liberal order in disarray.

Far left Syriza had come to power in Greece. Southern Europe was likewise threatened. Gone was the Berlusconi tamasha in Italy. The Nordic North was taking to racism like duck to water. Britain and France, liberal citadels, were besieged and may fall. Western economies are in such disrepair that Chinese slowdown is, to the protagonists, heartening speculation.

The electorate in Delhi administered such a double fisted punch on the established order as to leave it dazed. Never in the history of free and fair elections had a party won more than 90 per cent of the seats – 67 seats in a house of 70. This in the metropolis of Delhi, the capital of India. That too, at a moment when India was being enlisted in the global grand design against the rise of China. This market of 1.25 billion must be insulated from turbulence. At such a moment, AAP has come riding a bolt from the blue. Ideas have legs and for this reason this idea, tried out in Delhi with brilliant success, had to be killed.

Prashant Bhushan, Yogendra Yadav and Anand Kumar are without doubt the finest men in AAP but they have not set the popular imagination on fire. Arvind Kejriwal has.

Nothing quite as magical has happened in Indian public life. As a communicator he has no parallel. I have not seen him strike one false note in the hundreds of interviews, and off-the-cuff comments in the course of a campaign which was a seamless media show.

Narendra Modi in his historic victory of May 2014 had come to power riding the world’s most expensive media campaign. He gained a thousand fold from the listlessness of the Congress. Modi harvested the unspeakable disgust with Sonia, Rahul and Manmohan Singh.

The timing of Kejriwal’s victory placed a huge question mark on Modi’s performance. AAP exposed the potential for early disenchantment with Modi.

AAP was not just a local aberration, it was a threat to patterns of crony capitalism. India Inc had bought up the media, lock, stock and barrel. Any journalist pitting himself as a conscientious objector to AAP should unburden himself of the grand delusion that he is driven by his inner voice. He is owned by interests who, in a manner of speaking, own Modi too.

That is why it is sad that Prashant Bhushan, Yogendra Yadav and now even Anand Kumar have allowed themselves to be used by that instrument of the establishment called the media. Photographs of these gents have adorned the front pages of the nation’s newspapers for the past month. These have been accompanied by news of rebellion within AAP.

The issues hinge on the personality of Kejriwal which appears to have bruised the egos of his think tank. How the party should structure itself? What position would Bhushan and Yadav have in it?

There has been an incipient tussle between Left inclined welfarism favoured by Kejriwal and Lohia socialism. Free thinking is in the DNA of Lohiaites, which is what Yogendra Yadav and Anand Kumar primarily are. It would always have been problematic to fit them into hierarchies as also to ignore their ideas.

What is astonishing is that instead of sorting out issues within the party forum, the dissidents have possibly unwittingly played into the hands of the establishment. Even if there were serious charges against Kejriwal, could the dissidents not have raised them in good time, once the AAP government had found its feet?

In this instance, too much success appears to have been the party’s bane. Remember when the Modi campaign was in full swing, important BJP leaders were whispering their own assessments of the electoral outcome. They were called the 160 club. The implication was that Modi with a small margin would need the club to form the government.

Likewise, a relatively modest victory for AAP would have been more to the liking of those who now find Kejriwal unmanageable in his exceptional success.

If possible, Kejriwal must walk the extra mile to retain old comrades. His other cadres are very raw and untrained. Alternatively he will have to dedicate himself unwaveringly to good governance which was his original theme song.

In Prashant Bhushan, the dissidents do have in their ranks, the high minded Brutus. What Kejriwal requires is a Mark Antony who will turn the argument around.

(Saeed Naqvi is a commentator on political and diplomatic affairs. The views expressed are personal. He can be reached on [email protected])

Nitish to continue as CM, RJD to get Dy CM & Speaker’s post: sources

Caste census & eye on 2024 lead to frictions between…