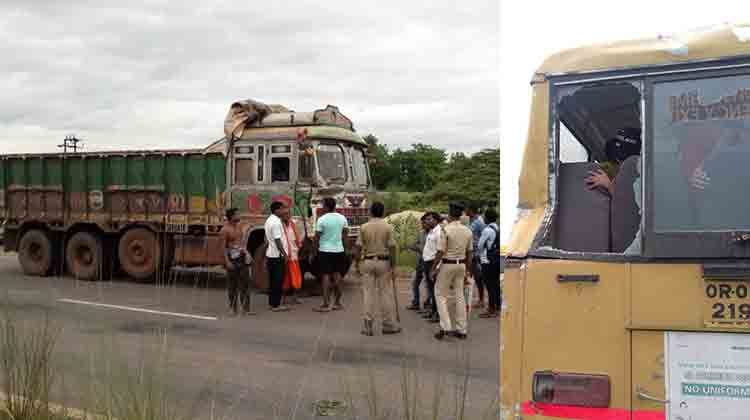 Keonjhar:  Around 40 schoolkids were narrowly escaped after the bus they were travelling in was hit by a truck near Gohira Chhak on NH-20 in Keonjhar district today.

Sources said when the students were returning from the school in the bus, a truck hit it from the behind. However, no injuries were reported in the accident.

On receiving information, Ghasipura police reached the spot, detained the truck driver and seized his vehicle.

Weather forecast: Thundershower to occur in 4 Odisha districts this evening