School student crushed to death under truck in Odisha’s Angul 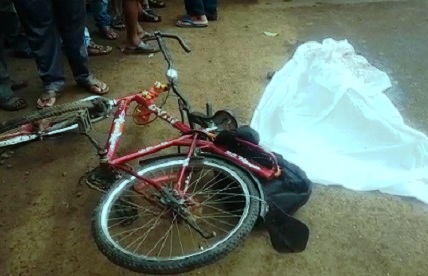 In a tragic incident, a Class-V student was run over by a truck leading to his death at Balhar Chhak in Odisha’s Angul district this morning.

The deceased was identified as Diptesh Behera.

According to reports, the accident took place when Behera was on the way to tuition on his bicycle. A speeding truck ran over him at Balhar Chhak following which he died on the spot.

Tension gripped the area following the incident as irate locals staged a road blockade at Balhar Chhak by burning tyres demanding compensation for the family members of the deceased. They also demanded that plying of trucks in the area be stopped during daytime.

Vehicular movement from Banarpal to Talcher and Pallahada was disrupted due to the road blockade.