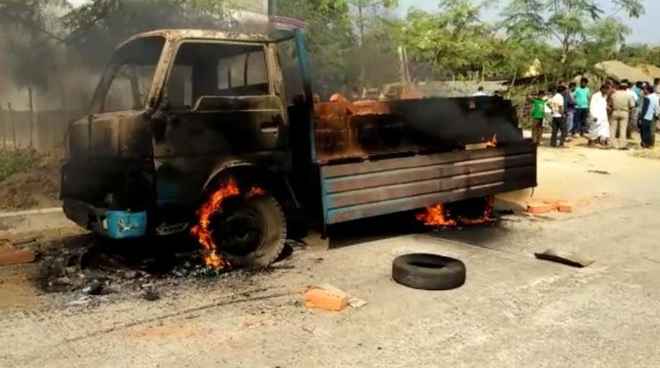 Tension erupted in Balasore district of Odisha this morning after a truck loaded with brick hit a bicycle killing a school going student.

According to reports, two brothers identified as Biswajit and Ranjit, sons of Bidyadhar Khilar of Dwarika village under Oupada block in the district, were on their way to school at Santaragadia on a bicycle.

Unfortunately, a truck hit the bicycle which Biswajit was riding carrying his brother Ranjit, killing the former on the spot and injuring the latter.

Locals staged a road blockade following the accident and set the truck, a nearby liquor shop and a grocery shop on fire.

The liquor shop located near Santaragadia Bazar is leading to frequent accidents at the spot, they alleged.

On being informed, local Tehsildar, SDPO and IIC reached the spot and pacified them.