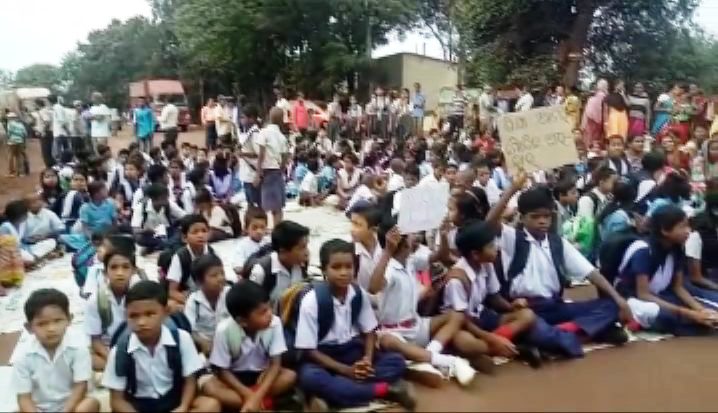 Holding placards and shouting slogans, the school students sat on a dharna on road near Serenda disrupting vehicular movement between Bhadrasahi and Barbil. Vehicles were seen stranded on both sides of the road during the protest.

The protest was supported by school teachers and locals.

It may be mentioned here that authorities of local mining companies had been providing bus school bus service for students of Bhadrasahi by spending money from their respective periphery development funds. However, the department concerned has stopped the bus service for some reasons putting the children and their parents in much difficulty.

The students alleged that though they have brought the matter to the notice of the authorities concerned umpteen times, all went in vain. They also threatened that they would continue their stir in coming days until their demand is fulfilled.

Meanwhile, officials of the local administration reached the spot and were trying to pacify the students till last reports came in.