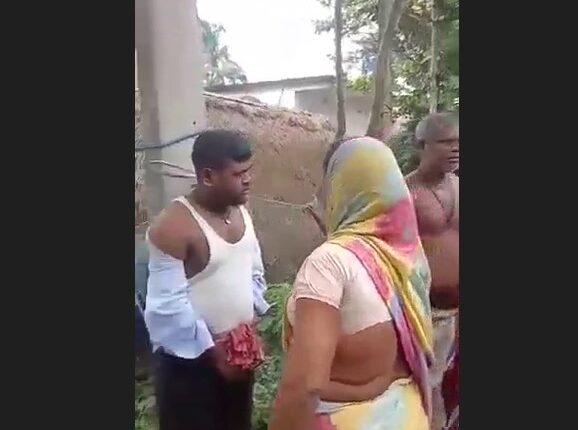 Chandbali: An assistant teacher was severely beaten today by some villagers for allegedly misbehaving a girl student at Guanla-Bhabeswar nodal primary school of Paikasahi cluster under Chandbali block and Bansada police limits in Bhadrak district.

A source said that the victim girl told about her plight to her parents following the incident. Later, the girl’s family members along with some co-villagers asked the teacher about it. Local residents tied the accused teacher to a pole and thrashed him.

A video of the incident captured while the accused was being beaten went viral on social media.

However, no FIR was lodged till filing of this report.

When contacted, Chandbali block education officer Kamalakant Nayak said, “Allegation of inappropriate behavior with a girl student of Guanla-Bhabeswar nodal primary school seems to be true. I have directed the CRCC concerned to probe and submit his report to me and action will be taken soon.”