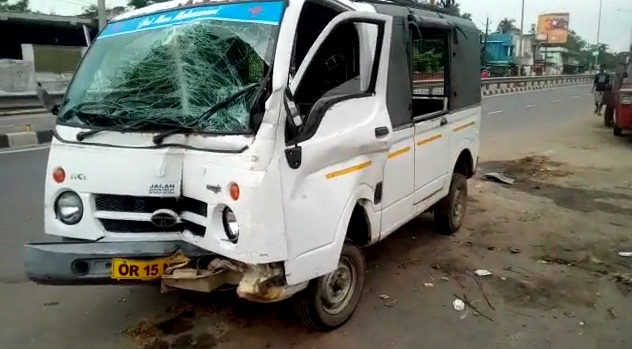 According to reports, a pickup van carrying students of St. Joseph’s Convent Higher Secondary School at Sakhipara here rammed into a stationary JCB excavator from rear on Sambalpur-Jharsuguda State Highways at Ambiranagar.

The ill-fated vehicle overturned under the impact of the collision, as a result of which eight students sustained injuries.

On being informed, police and locals reached the spot, rescued the victims, and admitted them to the district headquarters hospital. Condition of two of the injured students is stated to be critical.

The driver of the pickup van fled the spot after the accident. Police have started investigation into the incident.