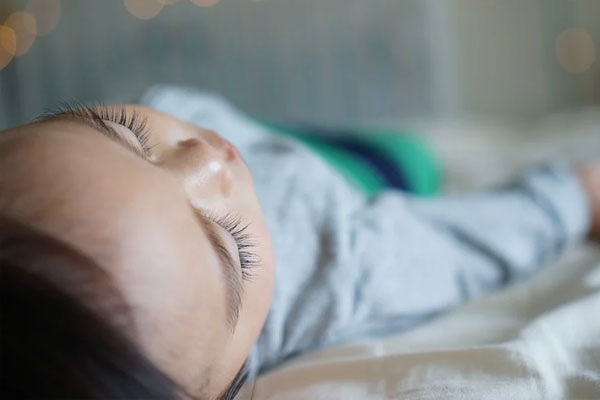 Toronto: Students returning to their morning school schedule might have an unintended positive lifestyle impact as a new study has found that more teenagers will obtain the recommended amount of sleep as compared to pre-pandemic sleep patterns.

According to the researchers, encouraging better sleeping habits could help reduce teenagers’ stress and improve their ability to cope in times of crisis.

The findings indicated that the elimination of the morning commute, a delayed school start time and cancellation of extracurricular activities allowed teens to follow their ‘delayed biological rhythm’ or natural tendency to wake up and go to bed later.

“The pandemic has shown that delaying school start times could help and should be implemented by schools interested in supporting the mental health of their students,” said lead author Reut Gruber from McGill University.

For the study, published in the journal Child and Adolescent Psychiatry and Mental Health, the team included a group of developing adolescents in the study before — Time 1: January 15 to March 13 — and during — Time 2: May 15 to June 30 — the COVID-19 pandemic in Canada last year.

At Time 1, each participant’s sleep pattern was assessed in the home environment using actigraphy and sleep logs for seven consecutive nights.

Adolescents completed questionnaires in which they reported on their sleep schedule, duration, and quality, as well as their activities at bedtime, their daytime sleepiness and their social/emotional behaviour.

At Time 2, each participant completed a sleep log, the same battery of questionnaires regarding sleep and the Perceived Stress Scale.

The researchers found that, during the pandemic, the wake-up and sleep time of teenagers shifted by about two hours later. Many teenagers also slept longer and had less of a need to catch up on lost sleep during the weekend.

These changes meant that teens had more ‘useable hours’ during the weekdays to complete their homework and didn’t have to sacrifice sleep to fulfill their obligations during the week.