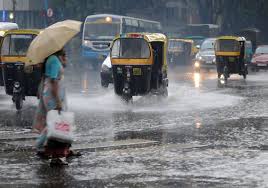 New Delhi: Identifying several occurrences of interchanging intense and weak monsoon circulation events during the 145 kyr period (roughly a millennia), Indian scientists have found that warm/cold conditions in Antarctica show a near one-to-one coupling with weak/strong monsoon phases, suggesting a strong mechanistic link between them during the period.

Four scientists from National Centre for Polar and Ocean Research (NCPOR), Goa, under the Ministry of Earth Sciences, and the School of Earth, Ocean and Atmospheric Sciences, Goa University, reconstructed the dynamics of the summer monsoon circulation from an upstream region, which is ideally suited for exploring its link with the southern high-latitude climate. The available records of past summer monsoon variability are predominantly based on reconstruction of downstream hydrology, which is identifiable with the thermodynamics of the system.

South Asian summer monsoon transports large amount of heat and moisture across the equator. A low-pressure system develops over the northwest Indian subcontinent and the Tibetan plateau as a result of sensible heating due to the seasonal position of the Sun. South-easterlies become southwest (summer) monsoon winds after crossing the equator, therefore, a strong correlation between them is expected.

They presented 145 kyr long new data – oxygen and carbon isotopic abundance of two depth-stratified species of foraminifera viz. Globigerinoides ruber and Globorotalia menardii – from a sediment core on sub-millennial to millennial scale resolution from the southwestern tropical Indian Ocean, a region swept by the southeasterly wind during boreal summer, which transforms to the southwest monsoon wind after crossing the equator.

The findings from the study – published as ‘a 145 kyr record of upstream changes in Indian monsoon circulation and its link to southern high-latitude climate’ in journal ‘Polar Science’ in October – said “are consistent with our results where warm (cold) Antarctic conditions appear to cause synchronous decline (increase) in monsoon circulation, most likely through an equatorial Indian Ocean bridge”.

The tropical Indian Ocean, apart from being directly affected by the summer monsoon winds, is also ideally suited for exploring any high southern-latitude inter-hemispheric influence on the circulation. “Here, we report oxygen and carbon isotopic abundance of two depth-stratified foraminifera species from a sediment core from the southwestern tropical Indian Ocean covering significant parts of the last two glacial periods,” the study said, adding: “Past upwelling record constructed using the oxygen isotopic composition of depth-stratified species of foraminifera indicates periods of high and low summer monsoon activity from 187.5 kyr to 41.4 kyr BP”.

The carbon isotopic composition primarily records signatures of monsoon induced upwelling during this period. Spectral and wavelet analysis shows dominant power in the precession band throughout the 145 kyr period. “Our record of summer monsoon variability matches with a multi-proxy record of monsoon wind stress from the Western Arabian Sea, a region dominated by high seasonal south-westerly summer monsoon wind. Comparison of our record with the Antarctic climate record during the last two glacial periods suggests coherent changes in cross-equatorial summer monsoon flow and Antarctic temperatures where warm (cold) conditions in Antarctica were phase linked to weak (strong) monsoon circulation.”