Sea sounds being drowned out by humans; experts raise alarm 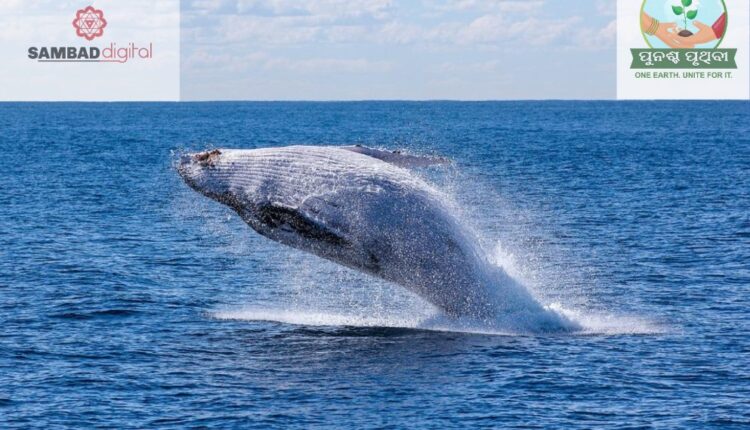 The deep seas, which are considered to be peaceful and silent, also make magical sounds like any other living creatures. However, human activities may be preventing the noise being heard.

Researchers suggest that humans are responsible to block the sound of oceans and seas. By undertaking construction work at coasts, they are drowning out magical sounds of seas. Even human actions also put destructive impact on marine creatures.

“Scientists have been warning about this for a long time,” said Heidrun Frisch-Nwakanma, who leads underwater noise work at the Convention on the Conservation of Migratory Species of Wild Animals (CMS).

“Virtually everything we humans do in the coastal or marine environment creates noise, and such activities are increasing.”

Some experts have raised the alarm about the disruptive consequences of such underwater noise created by humans to aquatic animals like sea turtles, sharks, dolphins and whales.

According to a study published in the journal ‘Science’ in 2021, shipping has contributed to an estimated 32-fold increase in low-frequency noise along major shipping routes in the past 50 years. The noise from sonar has also been linked to the stranding of whales ashore.

“While we have some evidence of the detrimental effects of noise pollution, as with much of the science related to understanding life below water, we know far too little to push for changes in policy and practice adequately,” says Leticia Carvalho, Head of the United Nations Environment Programme’s (UNEP) Marine and Freshwater Branch.

“We need to urgently build our understanding of how to restore a healthy ocean from visible threats, such as marine litter, and invisible threats, including noise pollution.”

Over the past 10 years, more attention has been paid to marine noise pollution in international frameworks such as CMS, the Regional Seas Conventions, the Convention on Biological Diversity, the International Maritime Organization, and even the UN General Assembly. Some specialised groups are also developing solutions to reduce noise from human activities.

“The climate change can make noise pollution in the ocean worse,” says Frisch-Nwakanma.

Several studies also show that the climate change has also caused the deterioration of habitats, such as coral reefs, seagrass meadows and seagrass beds, silencing the sounds that guide fish larvae and other animals to find their habitats.

The noise pollution has not only been restricted to the oceans, but also growing hazard to public health and wildlife in cities. The high-level sounds from cars and trains also create hindrance for birds and insects.