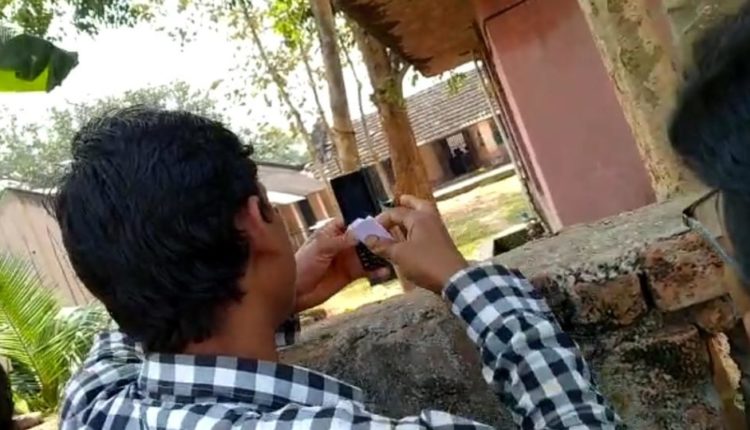 Dhenkanal: In view of face-off between parents and police personnel over cheat sheets during annual Matriculation examination in Dhenkanal district on Saturday, the district administration today imposed Section 144 at least in 18 schools to stop malpractice.

Section 144 of the Criminal Procedure Code (CrPC) has been clamped at 18 examination centres under eight blocks in the district restricting the parents and outsiders from entering into campus of the schools.

The administration has decided to conduct the examination today in presence of district magistrate especially at Biribolei Janata Govt High School in Kamkhyanagar and Bapuji High School in Gadapalasuni — the two schools where the parents had reportedly supplied cheat sheets to their children by jumping over the boundary wall on Feb 22.

“In order to stop malpractice, the Dhenkanal administration has imposed Sec 144 at Biribolei Janata Govt High School. Adequate security has been deployed at the school and the examination will be held in presence of district magistrate,” said Kankahada Block Education Officer (BEO) Harihar Dehury.

Today, the students are attending the examination in the subject of third language Hindi/Sanskrit.

The restriction was imposed after the students were allegedly provided the cheat sheets by their parents during the annual examination conducted by Board of Secondary Education (BSE) on Saturday. Even a video had surfaced on social media showing the parents were scaling the boundary wall and providing the cheat papers to their children during the test for the subject of English.

The police personnel deployed at the centre allegedly resorted to lathicharge to drive out the trespassers from supplying the cheat sheets into the school. During the clash, one person identified as Dambaru Sahoo of Patharagada village sustained injuries.