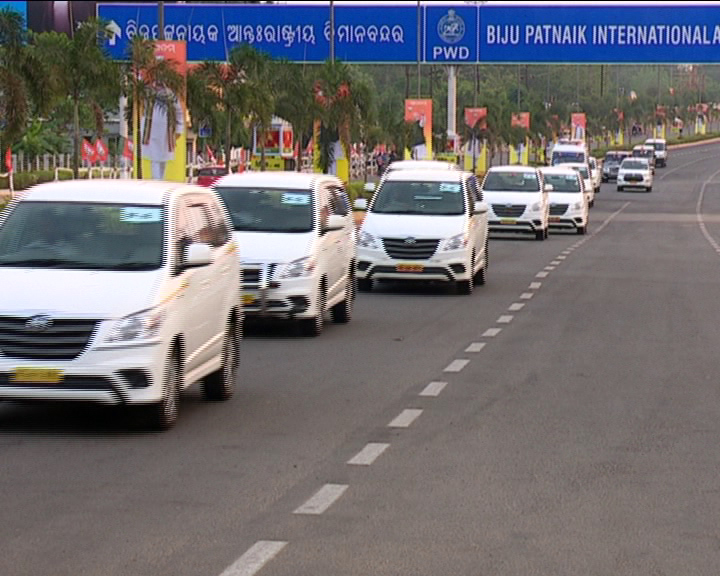 Bhubaneswar: In view of Prime Minister Narendra Modi’s visit to the State tomorrow, the Commissionerate police has deployed around 15 platoons of police force and 40 police officers for the capital city to provide security during his visit.

Speaking to media, Police Commissioner Satyajit Mohanty today said PM Modi would arrive at Bhubaneswar Airport at 8.55 AM tomorrow and leave for Talcher by helicopter at 9 AM. In view of this, the Commissionerate Police has made security arrangements as per Blue Book (a classified document which explains security arrangements during VVIP movements).

Odisha’s Talcher Fertilizer Plant to be operational by…

“Around 15 platoons of police force and 40 police officers have been deployed for the security of Modi in the State capital,” he said. Mohanty further informed that a contingency carcade plan has also been prepared for patrolling in and around the meeting venues.

Sources said Modi will reach Talcher at 9.45 AM and later lay foundation stone for Talcher fertilizer plant. He will also attend a public meet in Talcher. The PM will later leave for Jharsuguda at 11.35 AM to inaugurate the much-awaited Jharsuguda Airport. He will also dedicate the new Jharsuguda- Sardega railway line and two coal mines of MCL and NTPC in Sundargarh district to the nation.