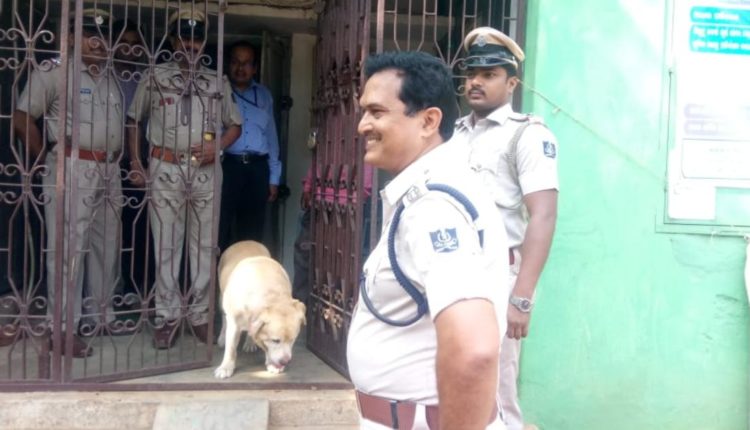 Dhenkanal: A loud siren foiled a daredevil loot bid by a group of miscreants at Odisha Gramya Bank here in the district today.

The robbers reportedly fled from the spot after the security siren of strongroom of the bank triggered a panic among them.

According to reports, the incident took place late on Sunday night after 12.30 am when the miscreants entered into the bank, which is situated just 100 metre away from Dhenkanal Town Police Station, by breaking the asbestos.

The warning alarms forced the robbers to make a hasty retreat while they jailbroke the strongroom with iron wire and cutter.

The loud siren of strong room alerted the police. However, the panicked looters fled leaving their jailbreaking equipment when the cops reached the bank.

The police immediately informed the bank manager about the incident.

The Dhenkanal Town Police IIC Abhinav Dalua along with a forensic team and a sniffer dog reached the bank in the morning and initiated probe.

However, nothing was stolen from the bank, informed the Branch Manager Prafulla Behera.