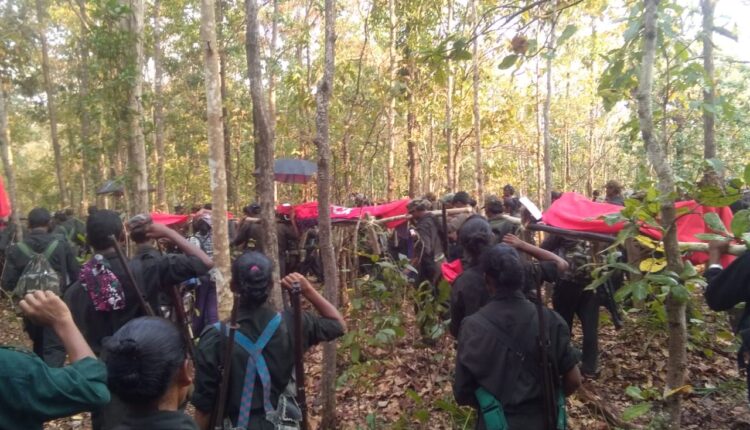 Malkangiri: Security arrangements have been tightened in Odisha’s Malkangiri district as Maoists have given a bandh call for today protesting the encounter between the security forces and the rebels in Swabhiman Anchal that claimed lives of three Maoists.

However, no major impact of the bandh was felt in the district as there was normalcy in movement of people and running of shops and business establishments. In view of the bandh, government offices and plying of government buses to and from the district have been cancelled.

Kailash, secretary of Andhra Pradesh-Odisha Border Special Zonal Committee (AOBSZC) of CPI-Maoist, has issued a release terming the exchange of fire as fake encounter. He also urged the people to condemn the incident and extend their support to the bandh call.

He further alleged that people are being illegally arrested and tortured by police in the area while cops are eliminating Maoist cadres through encounter after forcing them to surrender.