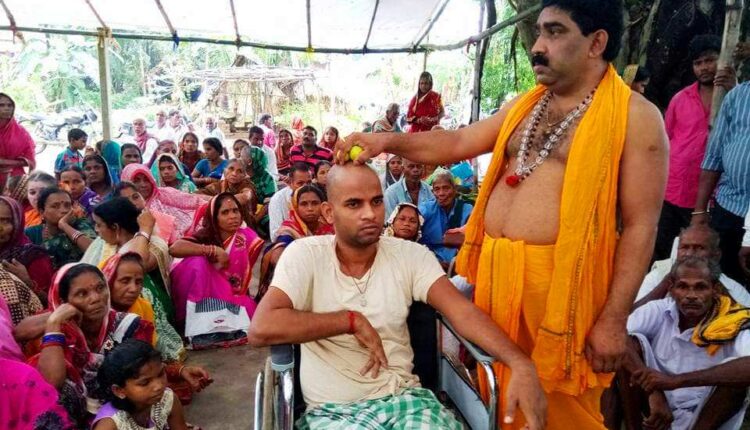 Bhubaneswar: A self-styled godman residing in Lumbini Vihar in Chandrasekharpur area here claims to cure Coronavirus by providing touch therapy to the patients .

However, Artatrana Das alias Baba Artatrana, a native of Jagatsinghpur, landed in trouble for his claim after demands for his arrest were raised from various quarters.

Yesterday, a group of members from social outfit Odisha Hetubadi Samaj (Odisha Rationalist Society) met DGP Abhay and alleged that Artatrana Das  claims he could cure the virus by simply touching the patients. Believing in the rumours, many people go to him and become victim of fraud. This can also lead to spread of COVID-19 infection, alleged its president Pratap Kumar Rath demanding his immediate arrest.

Timely action by police could save many people from being cheated of bythe fraudster as well as getting infected with the virus, said secretary Debendra Sutar.

“The fraudster is playing with people’s mind by spreading superstitions during these testing times. At a time, when the Government is taking all possible steps to contain spread of the virus, claims by such a self-proclaimed godman will confuse innocent people. He should be arrested as soon as possible,” said the writer.

When asked, Jagatsinghpur Collector Sangram Keshari Mohapatra said police have been asked to take action against him. The matter is being taken into serious consideration and action will be taken as per law, said SP Prakash R.