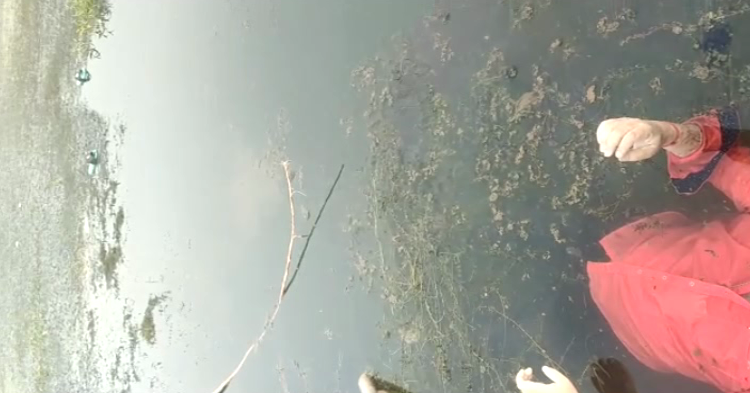 Bhubaneswar: In a shocking incident, senior journalist Nabin Das’ son was found dead in a pond at Patrapada area under Tomando police limits on outskirts of Bhubaneswar.

The veteran media personality reached the site and identified the body of his son Manish Anurag.

‘My son was murdered by his friends’: Odisha senior journalist Navin Das

The prima facie suggested that the 30-year-old youth was murdered and thrown into the pond.

Senior police officials including Bhubaneswar DCP Uma Shankar Dash rushed to the spot and initiated probe into the incident.

Nabin Das is the Editor of Odia daily ‘Nirbhay’. The deceased was his elder son.

Family sources said Manish’s marriage was scheduled to be held in November. They alleged that Manish was kidnapped and had been murdered.