INDIAINDIA & BEYOND
By Sambad English Bureau On Feb 2, 2019 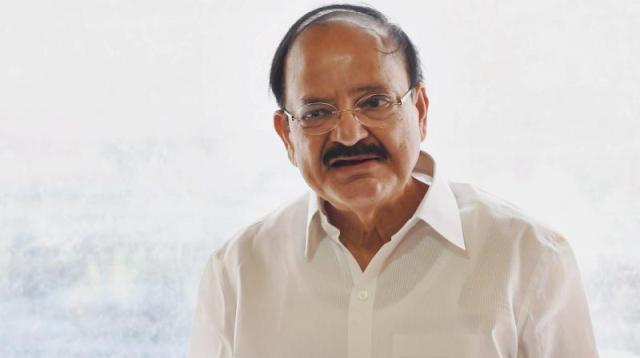 Kollam (Kerala): Over the years, the media landscape has changed drastically and so have the values of those professing to be journalists. What we are seeing today is not an ideal situation, said Vice President of India M.Venkaiah Naidu.

He said this while inaugurating the golden jubilee celebrations of the Kollam Press Club here on Saturday.

“Sensationalism, paid news and biased coverage have become the bane of modern day journalism. In addition, we are having the problem of fake news. In the present digital era where millions are using social media platforms, journalists will have to be extra careful in checking the veracity of information and guard against fake news, disinformation and misinformation,” said Naidu.

He said that in the past, journalism was a mission for fighting every ill that afflicted the society and journalists used to work without fear or favour. The same cannot be said of the noble profession any longer as commercial and other considerations are taking precedence over everything else.

“With business groups and even political parties setting up newspapers and TV channels to further their interests, the core values of journalism are getting eroded. I would like journalists’ bodies like yours to do a serious introspection,” said Naidu.

He went on to point out that in the past, reading any one major newspaper used to give a fairly good understanding of what was happening around the country and the world. But it is not the case now. One will have to read a minimum of four to five major newspapers to get a complete sense of the current developments. Same is the case with the news channels.

“The undesirable practices of mixing news with views has now become the new normal. The sooner such practices are eliminated the better it would be for journalists and the society at large. There should not be any compromise on the core values of journalism and practitioners of this profession must carry out their duties without fear or favour,” said Naidu.

“In today’s times, the cardinal principles of journalism such as truth, objectivity, accuracy, credibility, fairness, impartiality, humanity and accountability seem to have taken a back seat in the case of some media houses. Most news channels are obsessed with lending primacy to their points of view,” added Naidu.

He said the media should act as a bridge between the government and the people. It ought to ensure that justice is not denied to the people, particularly the vulnerable and marginalised sections of society.

“Apart from highlighting the problems of the common man, the media must expose the shortcomings in the system and promote accountability. Some of you may not agree with my views or may not find them palatable. But truthful reportage has become a casualty due to a cocktail of commercial interests, ideological leanings and the insane scramble for breaking stories. Dissent is always welcome but not disintegration. A democracy can thrive only when all shades of opinion are allowed to be expressed fully and freely,” added Naidu.

He urged the media bodies to come out with a code of conduct for journalists.

“In view of the critical role journalism plays in protecting democracy and in serving the larger good of the society, the profession must maintain highest ethical, moral and reporting standards. Journalists must never shirk from the core principles of journalism like independence and objectivity and shun unhealthy practices such as sensationalism,” added Naidu.

He ended his speech by saying that a journalist must be a joyful, objective, unbiased and responsible individual, with “nationalist moorings and artistic skills”.

Scientist from Odisha chosen to present paper on Artificial…