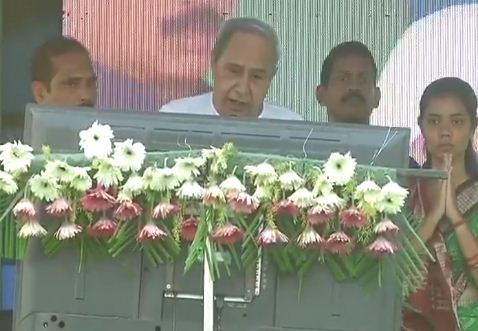 Bhubaneswar: Padampur sub-division of Bargarh in Odisha will be declared as a separate district by 2023, said Chief Minister Naveen Patnaik while addressing a public meeting in support of Biju Janata Dal (BJD) candidate Barsha Singh Bariha ahead of the December 5 by-election.

“Your dream for a separate Padampur district would be fulfilled in 2023,” said Patnaik amid thunderous applause and loud cheers from the public.

The residents of Padampur have been seeking a separate district for them since last many years. An action committee for separate Padampur district had earlier met the Chief Minister to put forth their demand.

The Chief Minister had reportedly assured the panel that Padampur would be carved out as a separate district during the next reorganization of districts in Odisha.

Addressing the gathering, the Chief Minister targeted the Centre for delay in the settlement of insurance claims of Padampur farmers for their crop loss in the 2021 kharif season.

Patnaik criticized the Centre for its failure to provide proper MSP to the farmers. “The BJP leaders had promised to double the MSP in 2014. But, they are yet to fulfill their promise. The Centre has been neglecting the farmers of Odisha since last many years,” he alleged.