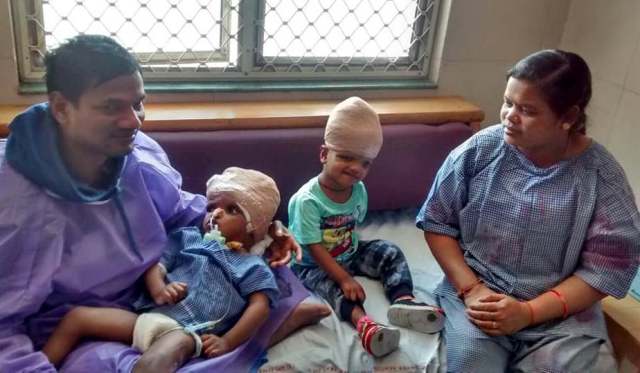 Briefing to mediapersons after the discussion, Pandit said “The AIIMS New Delhi team said that the twins are now ready to get discharged from the hospital. Though no dates have been finalized yet for return of the twins, the AIIMS New Delhi will soon issue an advisory to the Odisha Government regarding mode of transportation for their shifting. Necessary arrangements will be made by the Government accordingly.”

A medical team of AIIMS, New Delhi will accompany during the shifting of Jaga and Kalia, she added.

After reaching Odisha, the two kids will be shifted to a hospital in Bhubaneswar and later be discharged to their house after complete recovery, the NHM MD said.

One of separated twins Jaga to undergo skull transplant…