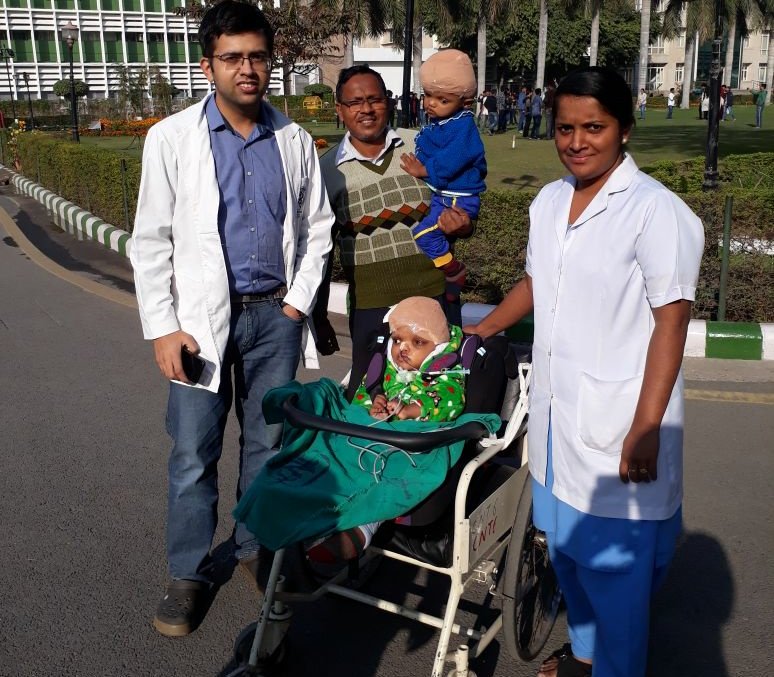 We are considering to shift Jaga and Kalia to Bhubaneswar from New Delhi, Jena said.

A five-member team of doctors from Odisha will visit AIIMS in New Delhi to review the health conditions of Jaga and Kalia. Later, the decision will be taken regarding their shifting, he added.

The twins will make their way back to Odisha following their health conditions get improved at AIIMS.

Earlier, sources in AIIMS said that Jaga and Kalia are recovering quickly and their parents can shift both the kids to Bhubaneswar AIIMS or they can be kept under supervision of doctors at SCB Medical Science & College in Cuttack from first week of March.

However, their parents – Pushpanjali Kanhara and Bhuiya Kanhara expressed concern and wanted to stay in Delhi for few more months till their children declared completely out of danger, the source added.

Jaga is recovering fast as compared to Kalia, according to AIIMS doctors. Both the kids are under constant supervision of the doctors and nurses at the hospital.

Notably, the twins hailing from Milipada village in Kandhamal district were separated following a 22-hour-long successful craniopagus surgery by a team of doctors at AIIMS on October 25 and 26 in New Delhi.

Odisha Minister Pratap Jena falls ill during tour; to be…