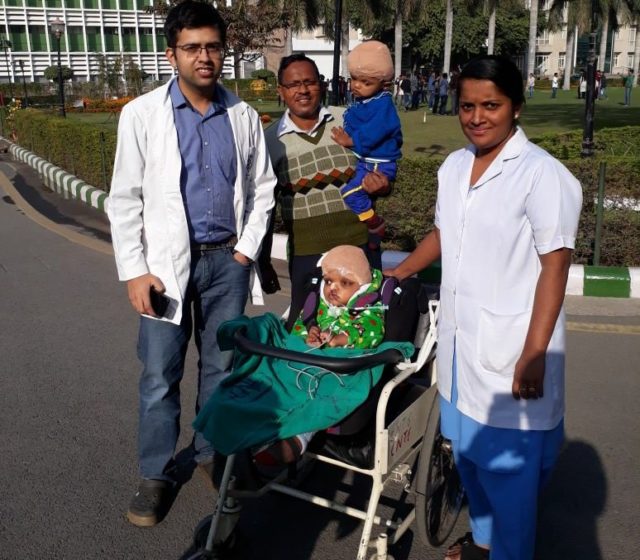 New Delhi/Bhubaneswar: One of the separated conjoined twins from Odisha-Jaga was today made to wear a specially prepared protective helmet by the doctors at AIIMS-New Delhi to protect his skull which is in the developing stage after separation surgery.

However, no such helmet has been made for the other separated conjoined twin Kalia, sources in AIIMS revealed.

A five-member team of doctors from SCB Medical College and Hospital, Cuttack will be visiting AIIMS-Delhi tomorrow to review health condition of separated conjoined twins-Jaga and Kalia, the sources added.

The separated conjoined twins are likely to be shifted to AIIMS-Bhubaneswar towards first week of March, sources further said.

Notably, the twins hailing from Milipada village in Kandhamal district were separated following a 22-hour-long successful craniopagus surgery by a team of doctors on October 25 and 26 at AIIMS-New Delhi.

Separated conjoined twins Jaga-Kalia not to return to Odisha…