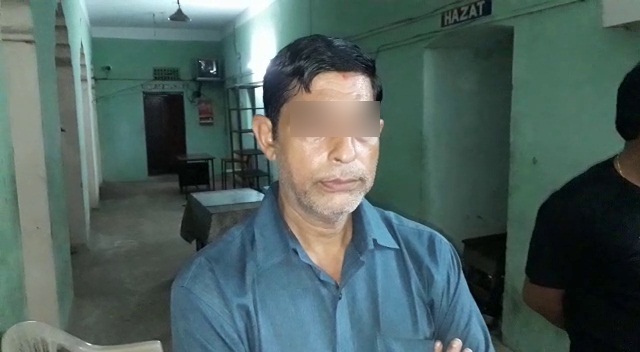 Puri: Amidst continuous efforts by the Shree Jagannath Temple Administration (SJTA) to bring reform at the shrine and build a good image of the servitors’ community among devotees from across the country, another incident caused embarrassment for the shrine administration with allegation of pickpocketing reported from here today.

The Singhadwar police detained a servitor on charges of stealing a wallet of a devotee inside the Jagannath Temple.

The servitor identified as Shyam Sundar Pratihari (55) allegedly stole the wallet of Swapnajeet Nayak, a devotee from Cuttack, inside the temple while the latter was offering prayer to Lord Jagannath at Nata Mandap.

According to reports, the devotee found his wallet was missing after offering prayer inside the shrine. He lodged a complaint with Singhadwar police against the servitor

Based on the complaint, the police conducted preliminary investigation and recovered the missing wallet from the servitor Shyam Sundar Pratihari.

The police detained him for interrogation in the case. The CCTV footage will be examined for further investigation into the matter.

However, the accused denied the allegation against him by the devotee.

“I have not committed such crime. The police can verify my background and check my record to know about me,” Pratihari told reporters.

Earlier, several incidents were reported damaging the servitors’ image and reputation of Jagannath temple with allegations of misbehaviour towards female devotees and attack on devotees by the servitors inside the shrine.