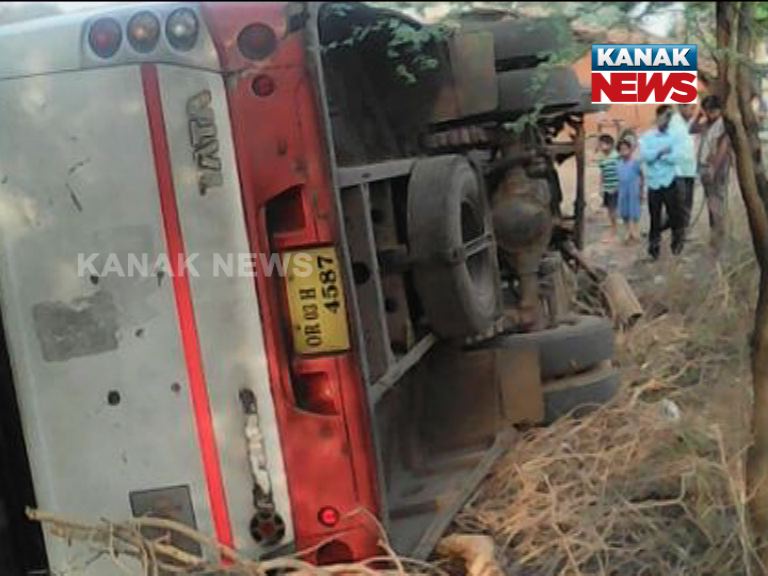 At least seven persons were injured and two were critical after a bus turned turtle at Dokara near Patnagarh in Odisha’s Balangir district here today.

The injured have been admitted to Patnagarh hospital.

According to reports, the bus ‘Pal and Pal’ heading from Madhyapur to Patnagarh fell off a bridge at Dokara. Around 40-50 passengers were travelling in the bus.