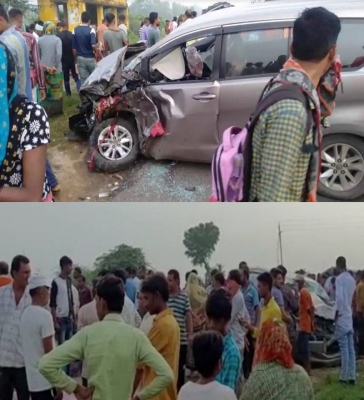 Modasa (Gujarat): At least seven pilgrims were killed and six others injured on Friday after being run over by an SUV in Gujarat’s Aravalli district, police said.

The victims were part of a religious padyatra organised by a sangh from Panchmahal district. They were heading towards the Ambaji temple in Banaskantha when the accident occurred near Krishnapura village.

Addressing reporters, Malpur Police Sub-Inspector R.M. Desai said that the driver of the Innova car with a Maharashtra registration number ran over the victims at around 7.30 a.m.

He added that a case of negligent driving and culpable homicide will be registered against the driver who is currently admitted in the Modasa hospital for injuries.

Chief Minister Bhupendra Patel paid condolences to the victims and announced Rs 4 lakh financial assistance to the kin of the deceased and Rs 50,000 to injured persons.