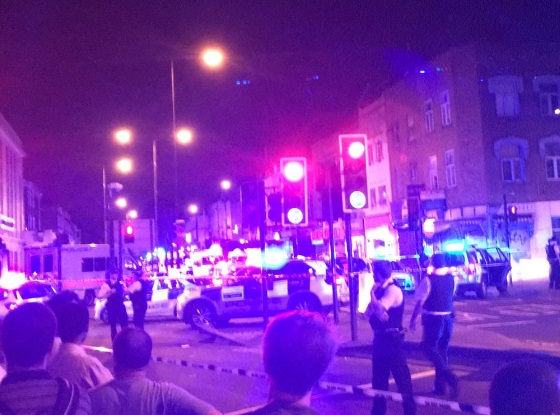 London: The Muslim Council of Britain (MCB) said on Monday that at least three to four persons were reportedly killed after a van struck a crowd of pedestrians in a midnight attack near a London mosque.

The police here has described it as a “major incident” and arrested one person following the incident near Finsbury Park Mosque on Seven Sisters Road, the BBC reported.

Seven others were also wounded in the attack.

Miqdaad Versi, Assistant Secretary General of the MCB, revealed on his twitter account that about three or four worshipers were hit and killed by the vehicle, Efe news reported.

The victims were leaving religious services held at the Muslim Welfare House, close to the Finsbury Park mosque when the van struck.

The Secretary General of the Council, Harun Khan, added in another tweet that the attack was “intentional”.

British authorities are yet to announce the number of casualties in the attack.

The Metropolitan Police (MET) said one person has been detained at the scene. Access to the scene was cut and cordoned off by the police.

Kevin Bate, director of The London Ambulance Service (LAS) said, without elaborating on the conditions of those injured, that the paramedic services were called at 00.15 hours (local time) to attend a traffic accident on the Seven Sister Boulevard.

A later tweet said: “We have sent a number of ambulance crews, advance paramedics and specialist responses teams to the scene. An advance trauma team from London’s Air Ambulance has also been dispatched by car.”