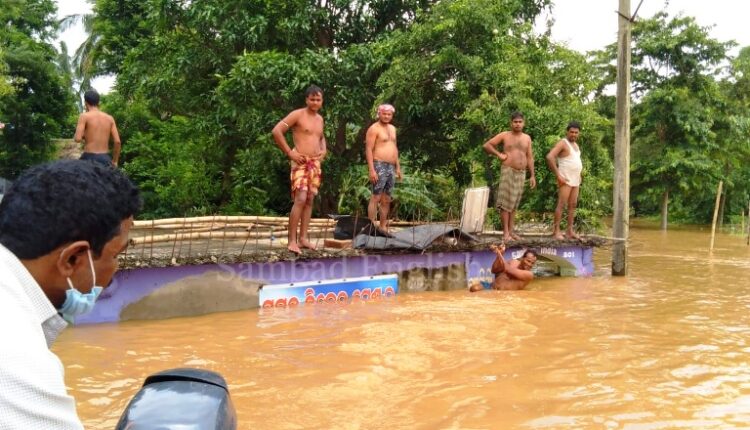 Bhubaneswar:  With incessant rain caused by a series of low pressures over Bay of Bengal leading to swelling of major rivers and flood like situation in many parts of Odisha, evacuation of people has already begun in several low-laying areas.

Revenue and Disaster Minister Sudam Marndi today said heavy rain in the last couple of days has caused flood in Baitarani and Brahmani rivers. Flood situation has emerged in Bhadrak and Keonjhar districts and many riparian belts in Jajpur, Balasore, Mayurbhanj, Jagatsinghpur and Kendrapada districts. Apprehensive of any eventuality, the respective administrations have already started evacuating people from low-laying areas to safer places in Baripada town, Hatadihi in Keonjhar, Balasore and Jajpur districts, he added.

The Minister informed that two persons in Maturbhanj  and one in Keonjhar died in the flood.  due to the gushing water of the Sanapalia river in Mayurbhanj district.  Assessment of damage due to flood will be done once the evacuation drive is completed, Marndi said. 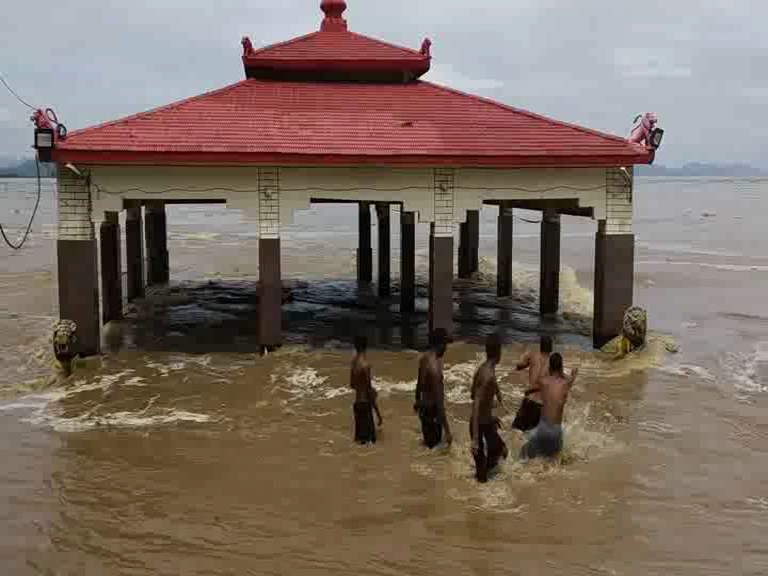 Earlier in the day, Special Relief Commissioner (SRC) Pradeep Jena warned possibility of a medium-level flood in Subarnarekha river system and directed Balsore Collector to keep a close watch on the situation. He asked the Collector to take proactive measures, including evacuation wherever required and begin patrolling on river embankments.

“At 6 AM today, Galudih barrage released 7,312 cumec water. At 6 AM tomorrow, about 8,000 cusec water  will be received in Subarnarekha at Rajghat, following which the river level will be around 12 metre against danger level of 10.37 metre. We may receive a medium flood,” the SRC informed.

He adds, “Brahmani, Baitarani and Kharasrota river systems are under special watch and all are alert. We are doing miking and getting flood shelters in readiness. Boats also ready.” 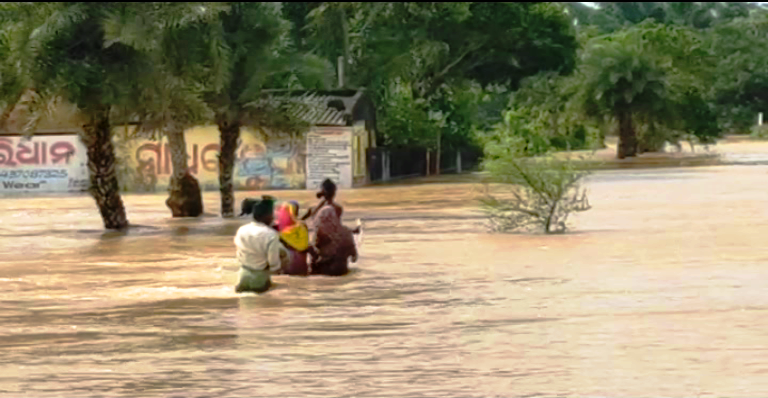 Floodwater gushed into several Gram Panchayats under Bhandaripokhari and in Dhamnagars blocks in Bhadrak district this morning. Communication between Jajpur Town and Bhandaripokhari has been cut off as 5 ft of floodwater was flowing on the Sarata bridge near Malada in Bhandaripokhari. Besides, vehicular movement between Dhamnagar and Jajpur has also been disrupted due to flooded roads in Dobal.

Rourkela: COVID vaccination to be conducted at these places on May 8