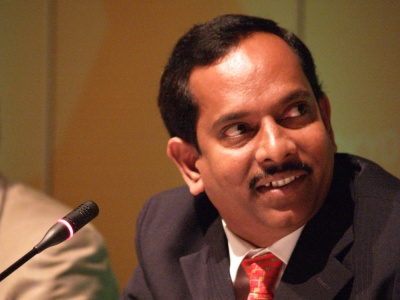 Pradhan while demanding Jena’s resignation at a press conference here further alleged that the Mayor was also involved in the murder of Ashutosh Mohanty alias Rishi, a student of a Bhubaneswar-based engineering college.

“A video uploaded at niankhunta.com shows BMC mayor Ananta Narayan Jena in a sexual act with a woman. NSUI condemns it and demands a CBI probe in the matter and as well as his resignation,” said Itish Pradhan.

He further alleged Jena’s involvement in the murder of Rishi, student of a Bhubaneswar-based private engineering college.

Police have covered up the incident, he alleged.

“If proper action is not taken in both the cases NSUI would intensify agitation,” he threatened.

However, Jena has dismissed the allegations.

However, the first citizen of Temple City dodged the query on filing a defamation suit.

The issue also came up in the state Assembly today.

Opposition Chief Whip Tara Prasad Bahinipati raised the issue of Jena’s sexual escapades shown in the video through a point of order.

The BJP too has demanded a probe into the allegation.

Ranji: Odisha shot out for 152 by Jharkhand