Sextortion: Past life of Archana Nag probably transformed her into a ‘woman honey trapper’

Bhubaneswar/Bhawanipatna: Archana Nag had a troubled childhood after she was gangraped by some land mafias when she was a teenager. Then a minor girl, Archana spent her past days in penury. She had to leave her parental home at an early age as she could not face harsh words of the society.

“Truth must come to the fore and perhaps Archana’s mental agony forced her to become what she is today. Her gangrape reminds me of the story of much-debated bandit queen Phoolan Devi from Uttar Pradesh. So-called dignitaries of the erstwhile society had remained silent when this minor gangrape survivor had to face the trauma. She is said to be giving sleepless nights to a number of luminaries in Odisha, these days. But, who are actually at fault?” a social activist from Kalahandi questioned.

‘Good’ or ‘bad’ are never absolute terms; rather, those should be interpreted in a very relative sense. Public figures directly or indirectly associated with Archana must be brought within the purview of probe,” the activist closely known to Archana’s father and the family named Lingaraj Azad said.

The accused woman should not be blamed alone for all that has recently happened, Azad added.

According to the social activist’s post on his Facebook page today, Archana’s father Surendranath, a native of Kenduguda village under Lanjigarh locality in Kalahandi, was earlier displaced from his ancestral house and farmland to facilitate the construction of a mega private project in the district.

Subsequently, hundreds of locals led by Surendranath staged several protests opposing the project. After resentment brewed further, some antisocial elements including land mafias were engaged to take revenge and arm-twist the leader. Hence, a conspiracy was hatched and Archana was targeted.

Four anti-socials including Raju, Surya Narayan alias Landu and Karan Kumar Pradhan had allegedly kidnapped the victim Archana and gangraped her. A case in this connection was registered by Lanjigarh police on October 4, 2008 against the accused. Landu was arrested and Raju had surrendered before police. 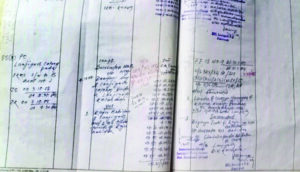 Allegedly, chargesheet was filed by the probe team to suit the interests of the accused persons. The four could easily obtain bail by taking advantage of the weak and inappropriate Sections of the case.

Following the gangrape, Archana left for New Delhi and then again went to Mumbai as her preferred place of escape without giving any information to her family members and Surendranath had to relocate to Kesinga from Kenduguda.

Surendranath and social activist Azad along with a few other villagers had gone to Mumbai in search of Archana, but to no avail. One day, she contacted her father over phone and requested to go back. She would not be able to lead a normal life if the victim returns to Kalahandi, she had said Surendranath during her conversation over the phone.

Archana went incommunicado thereafter and had no contact with her family.

Azad came to learn the whereabouts of Archana after the media went abuzz with the blackmail case.