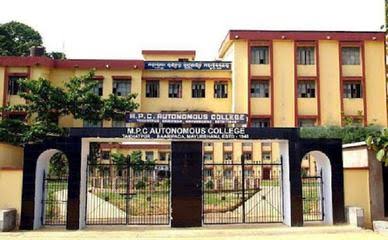 Baripada: Tension ran high at MPC (Autonomous) College here today after students staged a protest against alleged sexual harassment of a PG student by a Head of Department (HoD) of the institute.

As per the allegation,  on November 15, Bidyadhar Andia posted as HoD in English Department of the college called the girl student to meet him in his chamber. When she went there, the HoD sexually harassed her. Though the student brought the matter before the college Principal, the latter remained indifferent to her plight.

Irate over the inaction of the college authorities, students locked the main gate of the college today and staged protest demanding transfer of the HoD. However, no complaint was lodged with police in this connection till last reports came in.

On the other hand, the accused teacher has been asked to go on leave and not to join work till further orders. Besides, Principal Dr Jharana Behera has apprised the Higher Education Department secretary of the development.

Later the accused teacher was arrested by police.

18,683 people died in road accidents in Odisha in four years