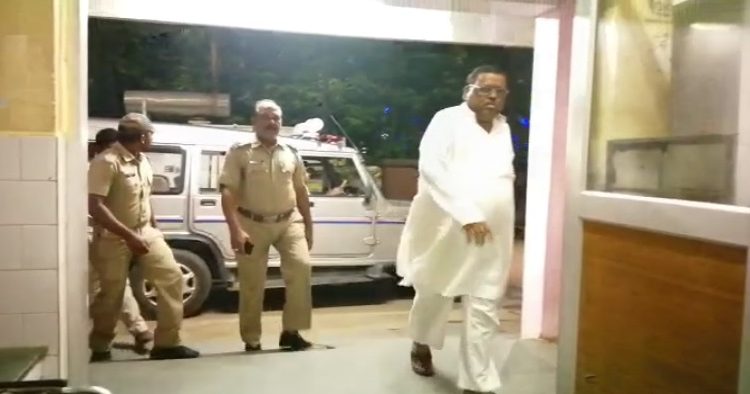 Bhubaneswar: Kendrapara Credit Co-Operative Society president Pramod Kumar Sahu, who was today arrested for allegedly sexually harassing a woman employee, has been debarred from attending office and discharging his duties.

Sahu has been allowed to state his objections, if any, within seven days as to why he shall not be removed from the post.

With the issue snowballing into a major political controversy, the ruling Biju Janata Dal  distanced itself  saying that Sahu is no more a member of the party.

“Pramod Kumar Sahu had resigned from the Biju Janata Dal long time back. He does not have any relationship with the BJD,” the party said in a press release.

Notably, Sahu was picked up by police late last night and was formally arrested today after rounds of intense grilling. He was produced before the court of SDJM, Kendrapara and sent to judicial custody after his bail plea was rejected.

Sahu embroiled in a sexual harassment case after a woman working with the Co-Operative Society levelled the charges against him. The Kendrapara police are likely to take him on a remand for further interrogation, sources said.